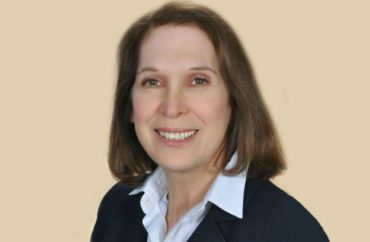 How close did Americans come to losing one of their most fundamental constitutional rights?

In 2008, the Supreme Court in a narrow 5-4 Heller decision ruled that the Second Amendment protects people’s right to keep and bear arms, like handguns, independent of service in an organized militia, such as for home defense.

Malcolm was recently featured in National Review as “The ‘Nice Girl’ Who Saved the Second Amendment,” with the professor telling the magazine: “People used to ask, ‘How did a nice girl like you get into a subject like this?’ I’m not asked that anymore.”

The educator spent years studying the driving force behind the U.S. founders’ motivation to include the Second Amendment: “At a time when armies were marching around England, ordinary people became anxious about surrendering guns. Then, in 1689, the English Bill of Rights responded by granting Protestants the right to ‘have Arms for their Defence.’ Malcolm wasn’t the first person to notice this, of course, but as an American who had studied political loyalty in England, she approached the topic from a fresh angle. ‘The English felt a need to put this in writing because the king had been disarming his political opponents,’ she says. ‘This is the origin of our Second Amendment. It’s an individual right.'”

Her research eventually led to her seminal work To Keep and Bear Arms in 1994. National Review reports:

In 2006, she left Bentley [College] and became a professor at George Mason’s law school, now named for Scalia. By this time, not only had Scalia praised her work, but so had other judges, including Supreme Court justice Clarence Thomas, who cited To Keep and Bear Arms in an opinion.

Then, in 2008, came Heller, arguably the most important gun-rights case in U.S. history. A 5–4 decision written by Scalia and citing Malcolm three times, it swept away the claims of gun-control theorists and declared that Americans enjoy an individual right to gun ownership. “If we had lost Heller, it would have been a big blow,” says Malcolm. “Instead, it gave us this substantial right.” She remembers a thought from the day the Court ruled: “If I have done nothing else my whole life, I have accomplished something important.”

A simple idea has motivated her work: “For me, trust in the common man is such a basic principle. Few governments actually allow it. They want to keep their people vulnerable and disarmed. I find it awful that people wouldn’t be allowed to protect themselves.” She also calls attention to a cultural aspect: “City people who grew up without guns think it’s just a bunch of rednecks.” She recalls an incident at Bentley, years before Heller: “I was in my office one day and a groundskeeper came up. ‘I just want to shake your hand and thank you,’ he said. What else could I have been writing about that anyone would want to thank me for?” She pauses. “There’s just so much vilification of the people who want to ‘cling’ to their guns,” she says, echoing the words of Barack Obama, who as a presidential candidate in 2008 said of rural and working-class whites — future Trump Republicans — that “they get bitter, they cling to guns or religion or antipathy to people who aren’t like them.”