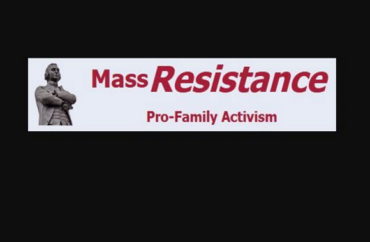 Many activism groups have launched in recent years to fight back against the onslaught of critical race theory, but one pro-family activism group was taking on woke curriculums long before it was on the national radar.

The Massachusetts-based MassResistance was launched in 1995 with a focus on countering the growing LGBTQ curriculum in public K-12 schools. Today it remains very active with chapters in about 20 states.

Brian Camenker, director of MassResistance, said his group is needed now more than ever.

“The ‘comprehensive sex ed’ and LGBT school curricula today are more extreme, graphic, radical, and destructive to children than ever before,” he said, “and now on top of that is the radical Marxist Black Lives Matter curriculum that has flooded into school systems in just the past year that is also very destructive.”

Camenker, in an email interview with The College Fix, said the organization is looking to focus more on colleges as well.

“Over the years we’ve had lots of college students contact us wanting help fighting the radical agendas and virulent oppression of conservatives at their schools,” he said. “We think we can make a big difference there. We just need to gain a foothold in one or two schools to get started.”

Camenker said his group can help college students learn how to fight back on campus.

“The Left are basically bullies and cowards, but if you allow yourself to be intimidated by them they will squash you,” he said.

“It doesn’t have to be that way,” he added, noting the trick is to “fight back properly.”

Camenker said he was inspired to get involved in educational activism in 1993 after the local schools began pushing a “very graphic and explicit sex-ed curriculum” in his children’s elementary school.

“I formed a parents’ group to confront the school board over it,” he said. “From there it became a state-wide group, and now it’s international.”

According to the group’s website, MassResistance has worked with activists in almost every state as well as parents in countries around the world.

Among its listed accomplishments, the group states on its website that as the Parents’ Rights Coalition in the 1990s, it led the effort to pass a parental notification law allowing parents to opt their children out of school sex-education curricula.

The group states that it also exposed the “Fistgate” educational training seminar at a 2000 GLSEN conference and “supported a Massachusetts father jailed for demanding his rights to review and opt his child out of LGBT-themed elementary school instruction.”

The group states that it has also published “original research on Elena Kagan’s pro-LGBT bias and actions as Dean of Harvard Law School” and in 2017 “exposed pornography in school libraries disseminated nationally.”

Camenker said the MassResistance movement is important because “these kinds of agendas can affect children and families in terrible ways that can last a lifetime.”

Arthur Schaper, the group’s organization director, also said that public schools have indoctrinated children by instilling an appreciation for cultural Marxism while straying away from teaching about fundamental natural law or constitutional principles.

He said it’s another concern the group is focused on in addition to the LGBTQ curriculum, but that focus remains its top priority. He said many people are expected to support the LGBT agenda and if they do not, they are harassed, bullied and sometimes even cancelled, Schaper said.

Schaper said the organization’s Colorado chapter has worked to get a copy of the sex education curriculum but it has not been an easy road. The school tried to discourage them from obtaining the curriculum by attempting to impose a $120 fee in order to get the documents.

Camenker said that parents must insist on seeing what their children are learning in schools, question teachers and administers, and even file FOIA requests if necessary.

The most rewarding part of his work, he said, is “when parents across the country thank ❲them❳ for effectively helping them save their children” as “often no one else would come to their aid.”