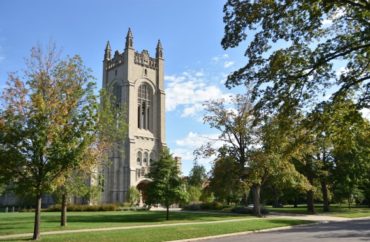 Carleton College in Minnesota will no longer host mandatory racially-segregated “anti-racist training” after a federal complaint.

The requirement appeared to come from a list of demands by black activists for “mandatory anti-racist training for all incoming and current faculty, staff, administrators, and students.”

University of Michigan Flint Professor Mark Perry shared with The College Fix a letter he received on Thursday from the U.S. Department of Education.

The letter said in part:

You stated that the College held mandatory segregated monthly affinity groups for staff and faculty between January and May 2021 in violation of Title VI. During its evaluation, OCR learned from the College in October 2021 that it ended the antiracism training series for staff and employees, including affinity groups. The College informed OCR that it terminated the antiracism training program in May 2021 and it has no plans to continue the training or the affinity group discussion format in the future. Based on this information, OCR is dismissing the complaint as of the date of this letter.

Carleton College, Perry wrote in his complaint, “is legally required to enforce Title VI’s prohibition of discrimination on the basis of race and skin color as a condition of receiving federal financial (taxpayer) assistance.”

Perry encouraged others to file Title VI complaints when they see programs that could be racially discriminatory.

“If faculty and staff at colleges and universities are required to engage in any illegal, racially segregated programs, they should file an internal Title VI complaint with the university’s Title IX Office and the Office of General Counsel, in addition to filing an external Title VI complaint with the Office for Civil Rights,” Perry said. They can also do so anonymously by contacting him, the University of Michigan professor said.