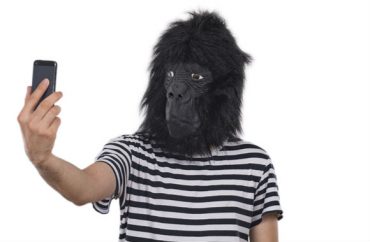 Like other universities around the country, the University of Missouri is asking students not to wear Halloween costumes that might offend someone.

Unlike some, Mizzou seems to be promising students they won’t get in trouble if someone does get offended.

That pledge is too little, too late for one student group that held a funeral for free speech on campus Thursday.

The university’s “embrace of safe spaces and trigger warnings is getting in the way of learning,” Mizzou Young Americans for Liberty President Thomas Bradbury told The College Fix in a GroupMe message.

“We are letting potentially challenging thoughts get in the way of confronting the opinions of fragile minds.”

MORE: Follow this 29-point checklist so you don’t offend people with your costume ‘Not intended to infringe upon anyone’s freedoms’

In an email to leaders of more than 600 student groups Thursday, the Department of Student Life’s Organization Resource Group (ORG) advised its affiliates to avoid wearing “offensive and inappropriate” Halloween costumes this weekend.

The guidance is intended to “raise awareness, and hopefully reduce or eliminate the use of Halloween costumes that use the culture or racialized identity aspects or features of someone to poke fun, sexualize, or exploit,” the email said.

Perhaps anticipating pushback or questions about the consequences that might follow wearing costumes that “poke fun” at a given culture, ORG said flatly: “This message is not intended to censor any organization or infringe upon anyone’s freedoms.”

Interesting email from #Mizzou Student Orgs about not appropriating cultures at Halloween, while making it clear they don't want to censor. pic.twitter.com/9WWYJRxWZt

The tone of the message is more educational than threatening. It provides links to humorous videos of American Indians and Japanese Americans trying on Halloween costumes that purport to represent their cultures.

More serious messages come in the form of a video by Hunger Games actress Amandla Stenberg on why it’s wrong to culturally appropriate black hair, and a five-year-old CNN article about the “We’re a culture, not a costume” movement.

You can’t ‘borrow’ a culture for a day

The email’s “additional suggestions and questions to consider” are brief but broad.

ORG tells student leaders that a costume is “probably offensive and inappropriate” if it tries to “represent a race, ethnicity or culture,” and that a person who doesn’t belong to the depicted culture “cannot simply borrow religion, culture or race for a day.”

Costumes that depict mad scientists (“mental illness”), escaped convicts (“imprisoned”) and possibly Mormon missionaries (“religious marginalization”) would seem to be frowned upon because they “trivialize” suffering and oppression.

@ClayTravis Mizzou takes after Florida with a costume email. pic.twitter.com/HTo5bRbNLq

Student organization leaders should impress upon their members that their choices can “reflect poorly” on the organizations and Mizzou itself, the email says. It invites leaders to contact the ORG if they are “unsure if your costume is offensive.”

MORE: Offended by Halloween costumes? Call 24/7 counselor at U. of Florida

In a world where a costume taken the wrong way could land a student in a disciplinary hearing, as at Tufts University this fall, questions surrounding what is offensive are apparently commonplace.

It’s not just ORG that is trying to educate students.

On Tuesday, inside the MU Social Justice group on Facebook, a diversity staffer inquired about costume-related resources to share on university-affiliated social media accounts. A ‘graveyard’ created by speech codes

Though the event was planned before the ORG email, the Halloween costume message gives Mizzou students a reason to “fear for the future of higher education,” YAL President Bradbury told The Fix.

An epitaph on a cardboard tombstone at Thursday’s event pinned the blame for the death of free speech on “campus speech codes.” It also blamed the minimum wage and the “Fight For $15” movement for killing the “working class.”

Bradbury said minimum-wage hikes like those signed into law in California and backed by Democratic presidential nominee Hillary Clinton “hurt the neediest among us,” who then demand protectionist policies that incentivize “sending jobs overseas.”

Because a Clinton presidency is “likely,” Bradbury said, “we should not get our hopes up.”

EDITOR’S NOTE: The author is a former member of Mizzou YAL.

MORE: Wesleyan offers to tell students if their costumes are offensive

MORE: Contact these 5 officials to learn if your costume is offensive