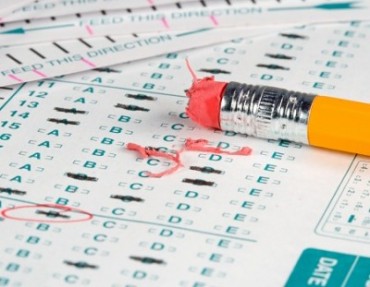 My daughter started first grade about three weeks ago, and I can say in just that short amount of time I have come to despise Common Core.

I never liked it to begin with – school districts and teachers should not be told what and how to teach by socialist dictators in Washington D.C. But beyond the local control angle, Common Core is just a horrible, horrible way to teach kids.

I am a work-at-home mom and parent volunteer inside the classroom. When I volunteered in my daughter’s kindergarten classroom last year, I bit my tongue when I was told to call vowels “stars” and not to help students sound words out.

Sight words – that is how they are teaching kids to read now. By memorizing sight words.

“They need to know them quick as a snap, not sound them out,” my daughter’s friendly, smart and dedicated teacher told me on how to go over the sight words with students.

So, instead of teaching kids how to sound words out, and instead of breaking words into clumps, let’s say: the, then, them, they; it, is, in, if; at, an, all, call – you know – the way it makes sense logically – they just give kids and parents a big, long list of words in no particular order or organization and tell them to have their children memorize them.

I’m fine with a few sight words, but when it’s the main method of learning to read – instead of phonics – that’s when I get angry. So, at night, I’m frantically teaching my daughter to read by sounding words out, knowing she doesn’t get this emphasis at school and trying to counteract this craziness.

Let’s move on to math.

When I was growing up, first we memorized basic addition, then subtraction, then multiplication, and so on. I remember getting these handouts with essentially 100 math problems on them – 1+2, 4+6, 7+8, 3+4 – problems like that. And we’d solve them, over and over again, until it became second nature.

But no, Common Core gets all philosophical with math. My daughter is bringing home worksheets that don’t even SAY THE WORDS addition and subtraction on them. There’s just abstract diagrams and barely comprehendible word problems and I’m like – can you JUST teach my daughter arithmetic?!

There was an awesome article in the Daily Caller this week that totally encapsulated my frustration. It’s about the new way to add 9 + 6 under Common Core:

The novel addition method emphasizes 10 for younger students “as we’re working in ‘Base 10 System.’”

Then, things get super-complex.

“We’re now going to anchor our 9 to a 1, allowing our students to anchor to that 10″ Ryan says, while drawing a big, oblong circle around the 9 and the 1.”

Do you see what I am talking about? How is this better? How does this make any sense whatsoever?

Fox News host Greg Gutfeld recently proclaimed that Common Core is “making the lives of kids and their parents hell” and called it “another government experiment sinking under its unbearable complexities.”

Thank you, Greg – I am one of those parents. You’re right.

And NOW comes word that a Common Core validation committee member had admitted: “It was pretty clear from the start that nobody thought there was sufficient evidence for any of the standards.”

The Washington Free Beacon goes on to report that “two UC Santa Barbara professors …argued in a 2013 paper that Common Core’s producers were well aware of their research’s shortcomings: ‘They chose to downplay them because they would complicate the agenda at a time when a policy window was opening but might not be open for long.’ ”

Meanwhile the Daily Caller points out that “earlier this month, Canada’s National Post reported that a group of neuroscientists has issued a study finding that rote memorization of discrete math facts plays a critical role in mathematical development in young children.”

“In short, the study found, memorizing multiplication tables and answers to basic arithmetic problems is cognitively vital because, without such memorization, children will have a much harder time later on with complex math problems,” the Caller reported.

And finally – I will end on this but could really go on with many more complaints and studies – Common Core’s emphasis on nonfiction over fiction is a direct assault on kids’ imaginations and creativity. Yes, did you know that Common Core has totally de-emphasized fiction reading books? All the books I was going over with the kids in the classroom this week were nonfiction-based. And it’s pretty sad.

I am not knocking nonfiction, but give the kids something they can get excited about reading if you want them to learn to read, and don’t stifle their imaginations while you’re at it.