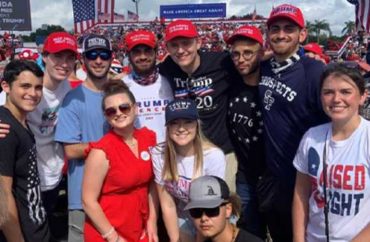 However, ‘support for broadening the range of viewpoints on campus…is high,’ according to study authors

Conservative students are more likely than their liberal peers to censor their own opinions, according to four professors who co-authored a University of North Carolina study on free expression published August 21.

Their analysis relied on submitted answers from 3,400 students on eight campuses.

“Students who identify as conservative face distinct challenges,” the authors wrote in their executive summary.

When students were asked about whether they worried about peers’ opinions of their ideological views, 68 percent of conservatives said yes, while just 31 percent of liberals said yes.

“We find that, at every institution in our study, there is a clear ideological divide: self-identified conservatives express free-expression-related concerns at a far higher rate than self-identified liberals,” they wrote. “When we consider these data along race and gender lines, differences are much smaller.”

Nonetheless, the authors also found that “significant number of students have concerns about stating their sincere political views in class and have self-censored because they were concerned about the potential reactions.”

Going further, authors stated that they “find racial issues to be the topic that elicits the most student discomfort.”

Furthermore, they “find no evidence that the views students hold back run afoul of university policies against harassment or discrimination.”

“We find remarkably broad support for increasing the availability of conservative speakers,” the researchers stated.

The survey broadened previous research the authors had conducted at the University of North Carolina at Chapel Hill campus only and published in 2020, they wrote.

A grant from the UNC System funded the report, according to The Daily Tar Heel, the student newspaper at UNC Chapel Hill.

Editor’s Note: A previous version of this article incorrectly named Dr. Jennifer Larson, a political scientist at Vanderbilt University, as a co-author of the report.