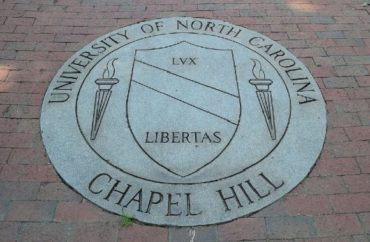 Democratic professors outnumber Republicans by a ratio of 16 to 1, according to a College Fix survey of 14 humanities and STEM departments at the University of North Carolina at Chapel Hill.

The Fix cross-checked middle names and other potential identifying information against public sources such as academic papers and resumes.

Among the 405 professors, 67 were unaffiliated and 121 were unknown because they could not be identified within the voter database. The Fix survey only included professors, including associate professors and assistant professors within each department, but not grad student teaching assistants or professor emeriti.

While Trump narrowly won North Carolina in the 2020 presidential election, UNC is located in Orange County which is predominantly Democratic.

The Fix asked UNC’s media team if the university undertakes any specific recruiting efforts, to bring in a mix of political beliefs among its professors such as holding events for graduate students at conservative colleges such as Hillsdale and Franciscan University of Steubenville.

UNC’s media team referred The College Fix to a message delivered on July 29 by UNC’s chancellor.

“Our university is a big and diverse place, making room for an array of different viewpoints, and that calls for thoughtful restraint on the part of leadership when it comes to weighing in on controversial issues,” Chancellor Kevin Guskiewicz stated. “When university leaders commit the institution to a political position, it can chill dissent and silence alternative views.”

The Fix also contacted some of the chairs of the six UNC departments with no Republicans.

Classics chair Professor Donald Haggis told The Fix that his department  does not undertake any specific efforts to recruit conservatives but rather uses, “academic field, specialty, or research area,” as “search criteria.”

“We do not use institution or political affiliation as search criteria. If an applicant from Hillsdale, Franciscan University of Steubenville, or Liberty had a PhD in classics (ancient Greek and Latin), I am sure that we would consider their application,” Haggis stated.

Not all of his faculty members have classics doctorates. Some have doctorates in art, archaeology and literature.

The Fix contacted 12 of the professors registered as Republicans, one did not have contact information, and asked for confirmation and comments on political diversity on campus. Only one responded but indicated she did not want anything to do with the article.

The College Fix has chosen not to publish its spreadsheet of specific names to protect the identity of Republican professors.

MORE: 98 percent of political donations from University of Wisconsin system goes to Democrats