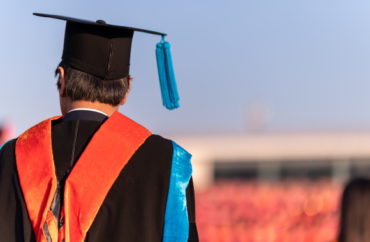 Most skeptical and least likely to change their minds, findings reveal

A study conducted by Carnegie Mellon University and University of Pittsburgh researchers found that vaccine hesitancy is highest among those with a PhD.

The online survey of more than 5 million adults was conducted between January 6 and May 31. People who said “probably not” or “definitely not” when asked if they would get the vaccine were considered vaccine hesitant.

“There was not a decrease in hesitancy among those with a professional degree or PhD,” the paper states.

A news release regarding the results explained further: “Hesitancy held constant in the most educated group (those with a Ph.D.); by May Ph.D.’s were the most hesitant group.”

The graph (below) provided in the survey charted the results. The line in yellow represents those with PhDs. It shows that their vaccine hesitancy rate rose slightly over the five-month survey period to end at the top of the chart. 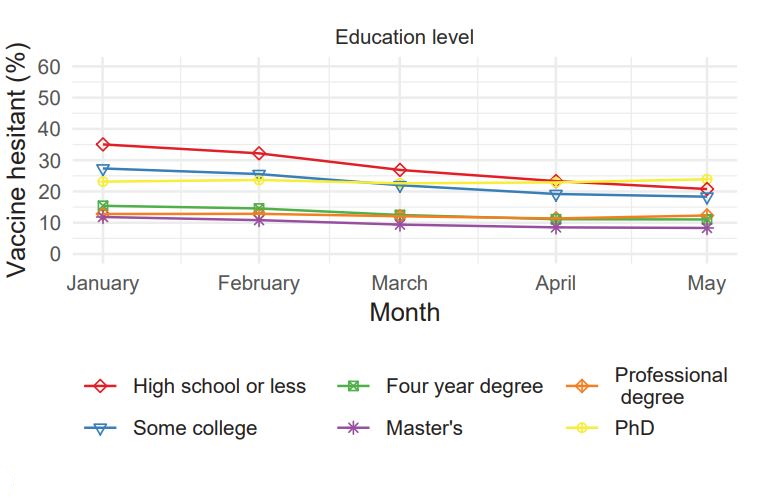 “Most of the coverage would have you believe that the surge in cases is primarily down to less educated, ‘brainwashed’ Trump supporters who don’t want to take the vaccine,” Unherd reports. “This may be partially true: the areas in which the delta variant is surging coincide with the sections of red America in which vaccination rates are lowest.”

But “this does not paint the full picture,” Unherd noted:

People with a master’s degree had the least hesitancy, and the highest hesitancy was among those holding a Ph.D.

What’s more, the paper found that in the first five months of 2021, the largest decrease in hesitancy was among the least educated — those with a high school education or less. Meanwhile, hesitancy held constant in the most educated group; by May, those with Ph.Ds were the most hesitant group.

So not only are the most educated people most sceptical of taking the Covid vaccine, they are also the least likely the change their minds about it…

Read the paper here and the Unherd analysis here.