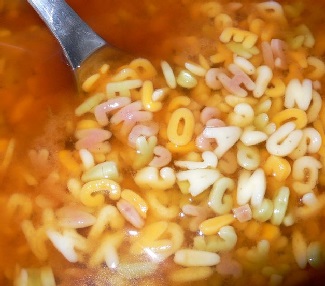 As Professor Steven Hayward cleverly points out in his “50 Shades of Gay” post at Power Line (great headline, by the way), Wesleyan University is now making sure every sexual fetish, whim, kink, orientation, impulse and desire – plus the kitchen sink – gets its own capital letter in the ever-growing acronym of the formerly Lesbian, Gay, Bisexual, Transgender, Queer community.

Wesleyan University’s residential life division’s “Open House” at 154 Church Street boasts, according to the university’s website: “a safe space for Lesbian, Gay, Bisexual, Transgender, Transsexual, Queer, Questioning, Flexual, Asexual, Genderfuck, Polyamourous, Bondage/Disciple, Dominance/Submission, Sadism/Masochism (LGBTTQQFAGPBDSM) communities and for people of sexually or gender dissident communities. The goals of Open House include generating interest in a celebration of queer life from the social to the political to the academic. Open House works to create a Wesleyan community that appreciates the variety and vivacity of gender, sex and sexuality.” The Christian Post also had a few words to say about it, noting “LGBTTQQFAGPBDSM? Housing for 15 Alternative Sexualities Is OK, but Men-Only Fraternities Are Not”?

The Post is referring to the fact that a fraternity at Wesleyan recently sued the school over its coed mandate.

Clearly this private, liberal arts college in Connecticut has its priorities completely out of whack and its social progressive bias completely intact.