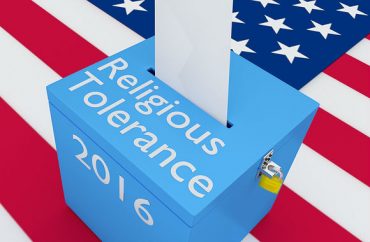 If you thought that anti-discrimination laws only hurt Christians and their institutions, look at the list of signatories to this letter calling on California lawmakers to kill SB 1146.

The Senate-passed bill now under consideration in the Assembly would purportedly protect the rights of sexual minorities at educational institutions whose lifestyle and housing codes reflect their religious beliefs, but California Christian colleges have said it’s intended to cripple them financially.

The letter was organized by the Southern Baptist Convention’s Ethics and Religious Liberty Commission, and its signatories go beyond the predictable conservative Christian leaders:

Tellingly, the letter was signed by Liberty University’s Karen Swallow Prior – perhaps best known for her portrayal as a “gay-affirming” professor at the evangelical powerhouse in an Atlantic feature – but not Liberty President Jerry Falwell Jr., who has prominently endorsed the religiously muddled Donald Trump for president.

#SB1146 has radical & harmful implications. Join leaders across the US to speak against it. https://t.co/DejAaTYAZx pic.twitter.com/Jc2SAKBqhk

While we do not all agree on religious matters, we all agree that the government has no place in discriminating against poor religious minorities or in pitting a religious education institution’s faith-based identity against its American identity. This legislation puts into principle that majoritarian beliefs are more deserving of legal protection, and that minority viewpoints are deserving of government harassment.

They emphasize their coalition is a big tent with a common purpose:

Some of us disagree with the sexual ethics of orthodox Jews, Christians, and Muslims giving rise to this legislation, but we are unified in our resistance to the government setting up its own system of orthodoxy. As the American Founding Father Benjamin Franklin once said, “We must all hang together, or assuredly we shall all hang separately.” No less is this true than on matters of religious liberty. Where the state can encroach on one religion’s free exercise, it can just as easily trample on any other religion’s free exercise.

Echoing an earlier stinging public letter by Biola University President Barry Corey, the letter tells California lawmakers to not be narrow-minded and parochial:

As we renew our commitment to religious pluralism in the public square, we should embrace debate, welcome dissent, and encourage civility as we work together for the sake of the common good and of a country we are all unreservedly blessed to call our home.