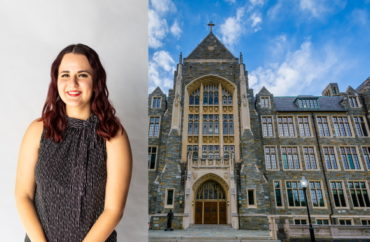 OPINION: To my family, the ability to speak freely and without fear is worth dying for. My parents’ only hope was to raise their children in a land that would not oppress them for daring to speak out, and to their horror, their children’s First Amendment right to freedom of speech is in grave danger.

In the 1970s, my father fled Romania, was thrown into a communist labor camp in Yugoslavia, beaten by guards there, and starved. He eventually got out, made his way to Austria, and applied for asylum to the United States.

It was a difficult journey, but if you ask him he would say he’d do it all again in a heartbeat for the price of free speech and personal freedom.

So it’s ironic — and frankly frightening — that as his daughter attending one of the country’s top universities in the capital of our country, that I am threatened for my speech so much so that I now fear to speak freely and voice my conservative beliefs.

As a junior at Georgetown University, I have been cyberbullied by my peers in such a menacing way that I am now afraid to engage online, or even during class, with my left-leaning peers.

This is a relatively new experience because my freshman and part of my sophomore year were completely online due to COVID. While we had online conversions and group discussions, there was no apparent aggression due to the apathy that the virtual education world produced.

When I arrived in Washington D.C. last spring, I was excited to finally have the opportunity to engage in constructive discussions with students of various backgrounds and beliefs. What I quickly discovered, however, is that on campus there is an overwhelming feeling of fear and oppression regarding what you say if you hold conservative beliefs.

Left-leaning students are extremely outspoken, threatening, intimidating, passive aggressive and rude, because they see conservative beliefs as personally offensive and a threat to their world view of being a victim.

Case in point: In October, I was told by some students I am no longer “safe” on campus. In particular, a series of threats was directed at me for simply liking a pro-freedom comment. Some peers commented that they will “find me” on campus.

“I’m sensing menacing activities” and “I’m 10000% in support of making someone’s life hell” were some of the veiled threats against my safety.

I reported the threats to my academic dean and then the Georgetown Police Department. I provided names of my peers who made the threats. I waited for action. Nothing happened.

No campuswide memos were sent to students reminding them to be kind to one another or to respect others’ differing beliefs. In particular, the students who threatened me were not contacted as far as I know.

In fact, one administrator told me that I should consider what the students who threatened me might be going through and why they might lash out like this. “Why are they angry,” she asked me.

In another example, there is a list of Georgetown University students who follow the Instagram page “Students for Trump” in circulation among the campus community. I am not on it, but some student members of the College Republicans and Network of Enlightened Women are also listed.

As president of the Georgetown Chapter of NeW, I have had conversations with like-minded peers about the list, which has been reported to administrators. We sort of refer to it as a “blacklist.” It’s scary to be singled out. It’s intimidating.

In the end, Georgetown University does absolutely nothing to denounce the mob mentality their students regularly employ.

Yet in contrast, left-leaning voices are welcomed and celebrated. Every year, there is an effort to cancel the annual Cardinal O’Connor Conference on Life hosted at Georgetown, and these activists are treated as brave heroes.

And then Georgetown made headlines earlier this month for suspending an incoming administrator who said something against affirmative action on Twitter. Deans tripped over themselves to apologize to upset students. Left-leaning activists demanded a place to cry on campus because of the tweet, and administrators assured them they would find a safe space.

In essence, if you do not support the ideology of the ruling party, you face real consequences. This is what is happening at Georgetown and at many other colleges and universities across the nation. This is the real pandemic — the indoctrination that they’re spreading. 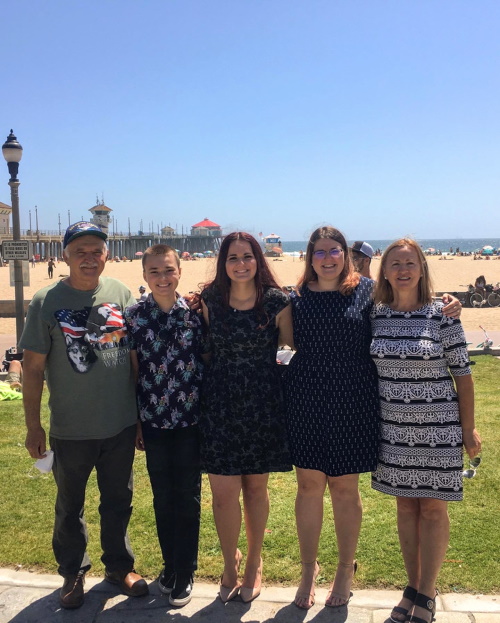 Our universities regularly turn a blind eye when it is conservatives who are marginalized. They claim they support diversity, but reject diversity of thought.

To my family (pictured), the ability to speak freely and without fear is worth dying for. My parents’ only hope was to raise their children in a land that would not oppress them for daring to speak out, and to their horror, their children’s First Amendment right to freedom of speech is in grave danger.

I, for one, will not be silenced. My family has come too far, and fought too hard, for me to surrender.

Jessica Costescu is a junior enrolled in the Georgetown University School of Foreign Service and president of the Network of Enlightened Women chapter on campus.