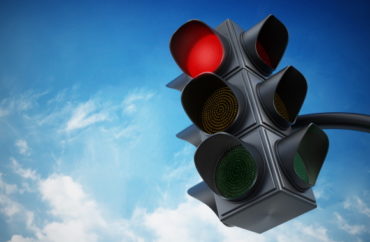 The tide is shifting on campus in favor of free speech protections — but nearly 90 percent of American colleges and universities still significantly restrict expression, concludes a new national survey published Wednesday by the Foundation for Individual Rights in Education.

The number of higher education institutions that have been given the foundation’s most severe rating for restricting free speech has dropped for the fourteenth consecutive year, according to the group’s 2022 survey results.

In 2012, the percentage of colleges and universities surveyed by FIRE that earned what the foundation calls a “red light rating” was above 60 percent, while today it stands at 18.5 percent — a 3-point improvement from last year.

However, “far too many schools are revising their policies just enough to remove the most clear and substantial violations that attract the most public attention, but are leaving more narrow or vague ones in place, improving only to earn a yellow light rating, rather than our highest, green light rating,” said Laura Beltz, FIRE’s director of policy reform, in an email to The College Fix.

The annual survey analyzed the written policies of 481 institutions of higher education, rating their alignment with the freedom of speech granted by the First Amendment. FIRE’s rating system rates institutions with a “red light,” “yellow light” or “green light.”

A red light means a college or university upholds at least one written policy that “clearly and substantially” restricts expression, or fails to make its speech policies transparent to all.

Among the private institutions that earned a red light is Boston College for its written policy that bans the use of campus workstations, including open offices and libraries, to access content that “may be considered objectionable by some.”

Most colleges and universities surveyed, 68 percent, earned a yellow light. These institutions have borderline restrictive policies, including those that could easily be interpreted to hamper protected speech, according to FIRE.

Beltz, in her email to The College Fix, cites a yellow light policy at California State University, Long Beach banning “abusive and intimidating” speech, recently invoked to penalize graduate student Aqsa Khan for sending an email that faulted administrators for their treatment of minorities but contained no profanity, threats or slurs. In response, the university put Khan on a year of academic probation.

FIRE notes that the policies that earn public institutions either a red and yellow light violate the Constitution because those colleges and universities “are legally bound by the First Amendment.”

As for private institutions, because they promise students free speech rights, FIRE argues, students should be able to expect that such freedoms will be upheld.

“Free speech is not only a moral imperative, but an essential element of a college education,” FIRE affirms in its survey.

About 12 percent earned a green light, “an all-time high, with more than one million students across the country enrolled at green light colleges and universities,” the survey stated, noting there are now more public schools earning a green light rating than a red light one.

The survey only takes into account written policies — so even students at green light schools are vulnerable to censorship and speech-related penalties, including those initiated by their professors and their peers, FIRE noted.

Free speech restrictions can take many forms, the foundation stressed in its report, so “it is imperative that those who care about free speech on campus stay vigilant.”

Moreover, by mainstreaming online education, the COVID-19 pandemic has revealed the importance of robust protections for online speech, the report noted.

“While we’ve seen schools make great progress in some areas regulating expression, their regulations on online speech are lagging behind,” Beltz told The Fix.

A list of individual school ratings and policies at FIRE is available online.