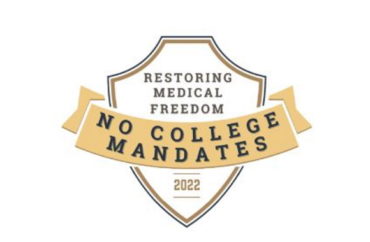 ‘No College Mandates has given a voice to the voiceless and that contribution is invaluable,’ said one student volunteer

A group of concerned parents, health care providers and students are working to encourage more people to speak out against mandatory COVID vaccines on college campuses.

The group, called No College Mandates, argues there is a lack of informed consent and argues the one-size-fits-all approach has failed college students.

Formed in December 2021, the organization recently launched a protest letter campaign to colleges that still require the vaccine and boosters and have “forced these young adults into compliance,” according to a news release.

“We decided to target colleges because they were among the first educational institutions mandating vaccines,” Lucia Sinatra, co-founder of the group, told The College Fix via email.

“Colleges have known since August 2021 that the virus can transmit equally between unvaccinated and vaccinated individuals yet they mandated boosters and some have begun to mandate the bivalent booster,” she said.

The group provides a model letter and asks those who want to join their cause to send them to campus administrators, or it will send them on parents, students or health care workers’ behalf. Each letter is tailored to the university in which it is sent.

A spreadsheet on their website lists nearly 1,100 colleges and whether they require vaccines or boosters.

The letter sent to Harvard University on August 26, a copy of which was provided to The College Fix, highlights the fact that the CDC “has finally recognized that natural immunity confers some protection against COVID-19.”

Colleges C19 💉mandates continue in the face of overwhelming evidence that they pose net risk to students. Here are 3 papers that should prompt an immediate end to mandates. If data does not inform policy, what does? 🤔 https://t.co/AjOIZUec7W

No College Mandates has sent over 300 letters to colleges with help from their volunteers since August as part of their letter campaign.

“We have gotten a few responses from the general counsels and presidents of colleges letting us know that they have received our letter and will discuss it with their COVID response teams,” Sinatra said.

In addition to the letter writing campaign, the group also collaborates with like-minded groups such as Health Freedom Defense Fund, the Unity Project, Warner Mendenhall Law Group and many others.

One volunteer, Tyce Patt, is a student at Ohio University majoring in marketing who joined with No College Mandates following his lawsuit against the university for its vaccine mandates and cancelation of classes.

“Socializing, networking, and in general meeting people are all big parts of the college experience. Students were barred from having these experiences because of the mandates and changes on campus,” Patt told The College Fix via email.

Patt said he helps update No College Mandates and has held a couple meetings discussing the motives behind university mandates.

“No College Mandates has given a voice to the voiceless and that contribution is invaluable,” Patt said.

Alongside its mailing list and Substack, the organization has a Telegram page called No College Vaccine Mandates, which is a resource to learn about college mandates and connect with others around the nation with similar concerns.

“Informed consent must be restored and never be removed except as a last resort to protect against the greatest of health threats,” Sinatra said. 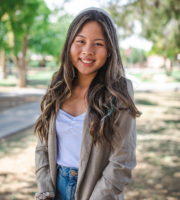 About the Author
Lyrah Panarigan
College Fix contributor Lyrah Panarigan is a student at Arizona Christian University majoring in communications and political science with a minor in biblical studies. She is the Editor-in-Chief of Stronghold Media and serves as the Student Life marketing coordinator for the university.