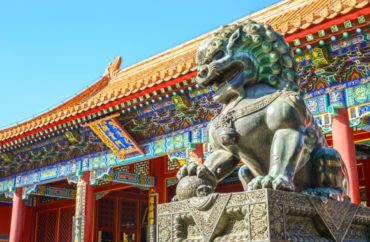 Interests based in China contributed over $168 million to 46 American colleges and universities during a six-month period in 2021, according to data compiled by The College Fix.

The Department of Education Foreign Gift Reporting database lists over 200 donations from China to U.S. institutions of higher education between January 1 to July 1. The donations were made in the form of contracts, gifts and “restricted gifts.”

“Universities should be very careful when they accept funding from foreign governments, especially ones with an open record of censorship,” said Sarah McLaughlin, Senior Program Officer of Legal and Public Advocacy at the Foundation for Individual Rights in Education.

“While these funds will rarely come with written clauses requiring the university censor government critics, the existence of the relationship alone can make administrations think twice before engaging in projects that will offend their partner,” McLaughlin told The College Fix via email. “Is it worth it to invite the Dalai Lama or a Taiwanese diplomat to speak if it could harm the relationship? Universities might very well conclude it’s not.”

In 2020, the Education Department found $6.5 billion in previously unreported foreign money that flowed to U.S. colleges and universities.

The single donation to the University of Houston made the school the largest cumulative recipient of Chinese cash. The money will fund a new joint venture between Houston and the Dalian Maritime University.

Second to Houston was the University of Illinois, which collected $26.5 million in contributions from Chinese sources. The university operates a joint campus with Zhejiang University in Heijang, China, and accepted one single donation of $19.5 million.

A spokesman for Illinois did not respond when asked by The College Fix what the $26.5 million in contracts was for. The Education Department report notes that both the $19.5 million and another $6.5 million contract were given by the Chinese government.

Behind Houston and Illinois was the Massachusetts Institute of Technology, which accepted seven gifts and contracts totaling over $14.3 million.

Further, the University of California San Francisco accepted a single donation for $8.1 million.

According to the Higher Education Act of 1965, institutes of higher education are required to report, twice per year, any foreign gifts in excess of $250,000.

But the Education Department’s 2020 report claims a number of large universities received billions of dollars in assets “using an assortment of related intermediaries, including functionally captive foundations, foreign operating units, and other structures.”