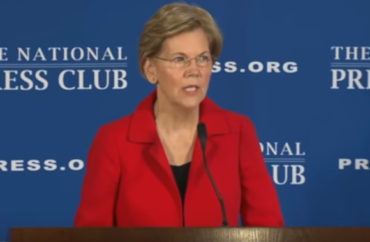 Former Harvard and Penn professor Elizabeth Warren has dominated her Democratic presidential primary rivals in fundraising from employees of Ivy League universities, according to an analysis conducted by The College Fix.

Warren, a U.S. Senator from Massachusetts, collected 36 percent of all contributions made to major presidential candidates between 2017 and 2020, according to data collected from the Federal Elections Commission.

The next closest Ivy League fundraiser was Vermont Sen. Bernie Sanders, who collected 26.6 percent of all the contributions donated to presidential candidates. Together, Warren and Sanders make up nearly two-thirds of all donations from individuals associated with the Ivy league.

Over the past four years, Ivy League employees have donated just over $1.7 million to presidential candidates, with Harvard University contributing the most at $521,000.

During that time, President Donald Trump, a Republican, collected only $11,748, or 0.7 percent of all Ivy League contributions. Trump graduated from the Wharton School at the University of Pennsylvania in 1968.

On the Democratic side, following Warren and Sanders were former South Bend Mayor Pete Buttigieg (17.4 percent) and former Vice President Joe Biden (11.4 percent). Buttigieg is a graduate of Harvard University.

Amy Klobuchar, who last week finished third in the New Hampshire primary and who is considered among the most moderate Democratic candidates, collected only 6.1 percent of Ivy League contributions. Klobuchar is a Yale graduate.

Together, Republicans Trump and former Massachusetts Gov. Bill Weld have collected less ($15,300) than one percent of the total funds collected by presidential candidates since 2017.

Former New York Mayor Michael Bloomberg, a billionaire who is largely self-financing his campaign, has not raised any funds from Ivy League institutions.

In terms of total fundraising, both Warren and Sanders’ totals are dwarfed by Bloomberg and fellow billionaire Tom Steyer, who have each contributed more than $200 million to their respective campaigns.

According to data collected by the Center for Responsive Politics, Sanders leads the fundraising race among non-billionaires at $108 million, while Warren has raised $81.3 million.

Trump, the incumbent, has raised nearly $212 million for his re-election effort. 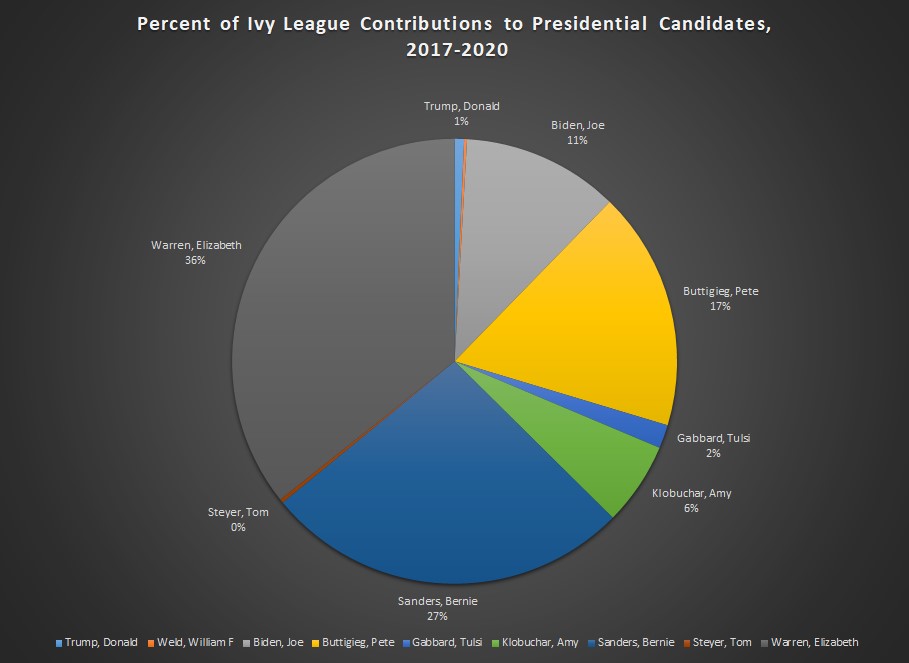