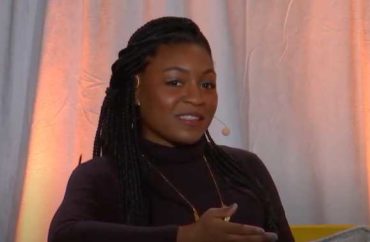 In ‘Rethinking Sex,’ a writer proposes an alternative to hookup culture

A new book argues, correctly, that “consent” should not be the only moral criteria used to evaluate whether sex is good or bad. On campus and elsewhere, we should do more than simply making sure everyone involved has said yes.

Instead, we should consider whether sexual choices are good for us, whether they contribute to our thriving.

In “Rethinking Sex: A Provocation,” published in March, Christine Emba (pictured), a Washington Post columnist, describes college culture and programs that habituate students to a sexual ethic based on the principle of consent. Sex is acceptable, the culture teaches, if all relevant parties assent and are reasonably respectful. Emba is not so sure, and her book opens up a crucial conversation.

In September 2018, Emba returned to her alumni mater, Princeton University, and sat in on freshman orientation.

“We file into a dark auditorium to watch a meant-to-be-educational skit that will show them how it all works here, in the fresh wilderness of dorms and parties and their new set of peers,” she wrote.

“There’s a lengthy debrief immediately after the curtain falls. The main character having sex with a blacked-out classmate was not okay, an administrator explains, because the classmate could not consent,” Emba stated.

“This year’s debrief is all about consent: pedantically describing what part of the show’s sex is legally problematic, and how to stay in the clear.”

This focus on “consent” as the gold standard that makes sex acceptable and even good is not restricted to Princeton. Many colleges have teams of  “educators” that teach a similar approach.

Yale College, for example, boasts a “Communication and Consent Educators Program” which “aim[s] to end sexual violence by transforming our corner of contemporary culture into one where respect, mutuality, and mindfulness are the norms.”

When it comes to sex, consent is necessary, but insufficient

As Emba explores in her book, the problem with a sexual ethic based on mutuality or consent is it is possible to consent to an act that is harmful or unethical, whether in its immediate implications or in a broader life context. Consent may be a good legal criterion for identifying a rape, but it’s a flawed ethical standard outside of the courtroom.

Embra wrote that “consent doesn’t address the gravity of what sex is or how it affects us. Consent only asks if we have said yes or not; if yes, it assumes that the sex we then start having is good. But it’s often not, and it can damage us to the precise depths that sex reaches within us.”

It is possible to consent to a “hookup,” or uncommitted sexual encounter, which one may later regret. College has been a notorious site for hookups: the American Psychological Association stated in a 2013 article that “data suggest that between 60 and 80 percent of North American college students have had some sort of hookup experience.”

The article also stated that “in a study of 169 sexually experienced men and women surveyed,” 32 percent of men and 72 percent of women agreed with the statement “I feel guilty or would feel guilty about having sexual intercourse with someone I had just met.”

In a May 3 review of “Rethinking Sex” in Law and Liberty, Josh Herring wrote that Emba “argues that while much effort goes into teaching college students to view sex through a lens of consent, such education misses a crucial element: the stories her friends tell ‘are not stories that are primarily about consent. Rather, they’re about care or the lack thereof, about the responsibilities we have to each other.’”

Emba makes two movements towards solutions. The first is a call to reflect more deeply on the nature of desires and ask if they are right or wrong. In the current moment, we tend to treat desire as ‘immutable and unimpeachable.’ Emba wants to shift that immutability and asks her readers to evaluate their desires.”

“The second movement Emba makes is to recommend ‘radical empathy.’ She suggest that ‘willing the good of the other might be the better sexual ethic we’ve been looking for.’ Radical empathy begins with ‘imagining ourselves in the other’s stead and considering what they might feel about the encounter, not just in the moment but in the days to come.’

But Herring concluded that Emba doesn’t take her argument as far as it could go. She counsels sexual “restraint,” noting correctly that “in every other situation common to the human experience – eating, drinking, exercise, even email – we have realized that restraint produces healthier results.” But she refrains from offering a picture of what that restraint might look like.

Herring offers a prescription of his own: sex in the context of a loving marriage. “Where the Sexual Revolution painted marriage as confining, traditional wisdom likens marriage to a fireplace: unconstrained, fire destroys a home. Constrained, the fire warms and contributes to the conditions of life,” he wrote.

Campuses on fire with a chaotic sexual culture – where hookups can seem far more common than love, and students commonly consent to things that are bad for both parties – could use an ethic that emphasizes restraint. Emba is right to see consent as a “floor, not a ceiling.” College students need a more substantive ethic to repair a broken culture and treat each other with dignity and love.