Their philosophy is ‘sexual hedonism’

When it comes to federal enforcement of Title IX, past is prologue. And it’s clear how a Biden-Harris administration would approach the subject: the same way the Obama-Biden administration did.

Paired with a radical feminist culture within university Title IX offices, the 2011 “Dear Colleague” letter decimated due process for accused students in sexual assault investigations, according to a report by the National Association of Scholars.

Those who staff these Title IX offices lack legal experience but conduct and rule on internal investigations while promoting a philosophy of “sexual hedonism,” report author Teresa Manning, policy director at NAS, said on a webinar in late October.

She’s a former law professor who more recently served in the Trump administration’s Department of Health and Human Services.

Manning found that Title IX officers promote hookup culture to students – but at the same time encourage them to report any sexual encounter that goes south. She claimed that 95 percent of all complaints brought under Title IX cases on college campuses stem from hookups, but didn’t provide a source.

The NAS virtual event featured a real-life example of the “guidance” letter’s effects: Joseph Roberts, a black law student and due process activist who was the subject of a sexual assault investigation as an undergraduate.

One month before his 2013 graduation at historically black Savannah State University, Roberts received notice that he was “summarily suspended” without being given charges against him, his accusers’ identities or any of the details of the incident.

‘We are really all about student autonomy and pleasure’ 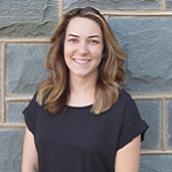 One example of the hedonism Manning found: The Women’s Center at Virginia Tech offers complimentary flavored condoms. She also quoted “sexual health counselor” Jordan McCann (left) at James Madison University: “Here, we are really all about student autonomy and pleasure, whether you’re a person with a penis or a person with a vagina.”

The Obama administration’s Title IX guidance – never formalized into binding regulations and therefore easy for his successor to rescind – seriously altered social dynamics among college students when it comes to dating, according to Manning.

She strained to find a middle ground between hookup culture and rape culture in the rhetoric pushed by Title IX offices, women’s centers and university health centers.

In conducting her research, Manning surveyed students about sexual practices and gender issues on campus and female students specifically about gender barriers on campus. None of the latter shared any academic “barriers” they faced because of their gender, she said.

Manning also reviewed the six schools’ Title IX offices in terms of staffing and workplace culture. Most Title IX offices contain lopsided gender representation – and are mainly comprised of “ardently feminist” females, according to a press release on the report. Most offices employ not one male.

The Dear Colleague letter told universities to interpret Title IX as a legal mechanism to prosecute, punish, suspend and expel accused students. This created a precedent that appeared to be “unquestionable.”

With their federal funding explicitly threatened by the Obama administration, compliance with the 2011 guidance became a top priority among university administrators, the report says.

As a result, Title IX offices became immersed in every part of the timeline of internal university sexual assault investigations – from receiving complaints and analyzing their validity to conducting investigations and issuing rulings.

Many Title IX staffers wore multiple hats during these probes, including student counselor and psychologist, prosecutor, defense attorney and judge.

Manning concludes that political bias and lack of legal experience are the fundamental problems in the professional culture of Title IX staffers. Accused students, largely male, bore the brunt of these trends, facing life-altering ramifications such as expulsion.

Generally speaking, Title IX officers were given total authority and were unquestioned in their conduct of these internal investigations. Yet a common trend among them is that they lack any legal background.

Validation from DeVos ‘allowed me to keep faith in the system’

Reflecting on his undergraduate ordeal, law student Roberts characterized the power of those investigating him as unchecked. The probe was conducted “without any due process” and investigators withheld information from him for months at a time.

“Eventually, it took me about six or seven months after missing graduation to find out” the allegations were “lies,” he said.

The false accusations and lack of due process made him feel “powerless,” Roberts (below) continued, describing the emotional trauma he suffered. The “loneliness,” “isolation from family and friends” and damage to his reputation led to attempted suicide: He “woke up in an emergency room.”

As Roberts began to recover, he turned to advocacy and eventually applied to several law schools. Though most rejected him because of the charges brought against him, Roberts said Golden Gate University School of Law offered him a full scholarship because of his experience while under investigation.

While he never received any form of apology from Savannah State for the way he had been treated, Roberts said he found “vindicating moments” through his due process advocacy elsewhere.

“I had a chance to sit across from the secretary of education, who told me ‘there is no good reason for you to be treated the way you were treated,’” Roberts recalled of his meeting with Betsy DeVos*.

This interaction, along with other policy changes under the Trump administration, “allowed me to keep faith in the system, in the government,” Roberts said. On a personal level, “It helped restore my confidence and esteem.”.

The impact of the Obama-era red tape: “a reign of terror” on American campuses, NAS President Peter Wood said in introducing the webinar.

Since 2011, when the guidance was issued, Wood said that approximately 600 students have sued their universities for denying them due process during internal investigations.

Despite dozens of notable victories by student plaintiffs, “no one has been able to undo” the norms set by the 2011 guidance in denying due process, he said – until President Trump appointed DeVos.

While DeVos quickly went to work reversing her predecessor’s guidance – earning the wrath of the Title IX industry and prompting several as-yet-unsuccessful legal challenges – her policies on paper only do so much, Manning said in the webinar.

To truly ensure due process, Manning promotes the woke adage that representation matters.

Title IX offices must hire more men so they can show fairness to the largely male accused students, and more hires should have actual courtroom experience. The flip side is that current officers who have generally neglected due process as a priority must be fired.