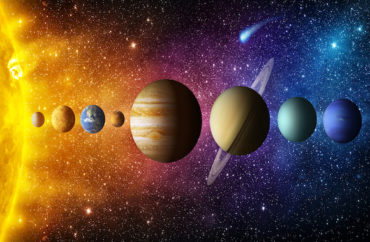 “Unbelievable: 7 myths about the history and future of science and religion,” by Michael Newton Keas

The field of science is plagued by myths that have seeped into popular culture. These myths have become assumptions that include the Catholic Church’s supposed role in suppressing scientific discovery and the idea that the existence of extraterrestrial life precludes the importance of humanity as the center of the universe.

But as Fox Mulder would say, the truth is out there.

Philosopher Michael Newton Keas opens his new book, “Unbelievable: 7 myths about the history and future of science and religion,” with this pop-culture maxim associated with a certain intrepid conspiracy-minded FBI agent.

The truth is “certainly” out there, “but not in the way the [‘X-Files’] tagline suggests,” Keas writes. “The truth about science, and even about the existence of extraterrestrial life, is there for us to see. But first we need to clear away the myths that have done so much to confuse our understanding about science, religion, and our place in the universe.”

The former Fulbright scholar – a lecturer in the history and philosophy of science at Biola University and senior fellow at the Discovery Institute – focuses “Unbelievable” on seven myths that have become accepted convention in everyday culture and education. He does not aim his argument at academics, but rather at the layman who was indoctrinated into these myths by the education system.

The first half details why these myths are so ubiquitous, and the second provides a broader view of the future of the relationship between science and religion. For example, Keas questions the ways that science fiction assumes that the future of science requires the forsaking of religious and spiritual beliefs.

“Such future-oriented myths build on the historical warfare myths about science and religion,” he writes. “They do so by claiming that we must lay aside past anti-science beliefs in the supernatural and replace them with a techno-scientific agenda for transforming humanity. Yet the envisioned future world will feel quite spiritual partly because of the magical wonders of scientific technology.”

Keas spends a large portion of the book dismantling the “Copernican demotion” myth, or the idea that Copernicus’s claim that the sun, not the earth, lay at the center of the universe demoted the earth from its primary role in the geocentric model. This, he explains, is part of the popular notion that Copernicus and religion were at odds with one another. But he then points out how early English-language textbooks from the 17th and 18th century were actually far tamer in how they conveyed the relationship between science and religion. 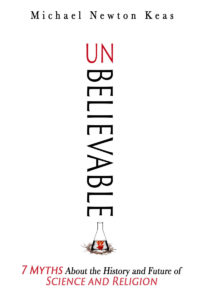 “These textbooks exhibit some striking features in their treatment of science and religion,” he writes. “They promote neither the Copernican demotion myth nor any other myths about warfare between science and Christianity that we have surveyed. They convey a harmonious relationship between science and theistic religion.”

The introduction to the book provides an effective overview for what Keas aims to do with his writing. He wants to take a bludgeon to seven popularized ideas about science that he claims are myths, ranging from the obvious (the Church’s suppression of science) to the esoteric (Giordano Bruno’s burning at the stake).

He also takes aim at figures who have become iconic in their association with scientific discovery, such as Carl Sagan and Neil DeGrasse Tyson. “These priestly TV voices proclaim ‘the cosmic perspective,’ preaching this myth by blending science, science fiction, naturalistic theology, and historically inaccurate accounts that bash Christianity as a hindrance to scientific progress,” Keas scathingly writes.

He accuses these figures in contemporary science of historically illiteracy, arrogance and being overly dismissive of theistic teaching. Keas’s energetic prose comes into play when he becomes hyper-specific in his criticisms, and it’s also when the book is at its best.

At 200 pages, Keas fits an impressive amount of information and references into the book, which can become overwhelming at times. At any moment, Keas jumps from referring to a 16th-century figure to a 20th-century astronomer to a 19th-century English textbook to Greco-Roman times. But the energy with which he writes propels the reader onward, and the amount of research is staggering.

Keas’s central argument that science and religion need not be at odds with one another and that neither requires the forsaking of the other is a timeless one that applies in the past, present, and future. The book is successful in its attempt to complicate convention surrounding science and religion due to both its brevity, and its breadth. It is a valuable read for anyone interested in the future of science and religion.