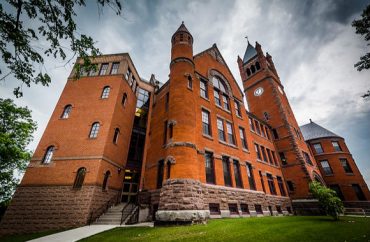 Like a boss, conservative intellectual Heather Mac Donald completely eviscerates the Left in her new book, “The Diversity Delusion: How Race and Gender Pandering Corrupt the University and Undermine Our Culture.”

Mac Donald, a Manhattan Institute scholar, is a walking encyclopedia with a razor-sharp wit, and she does not suffer fools gladly. Her 278-page book targets the liberal ideologues running America’s higher education system, both exposing and debuking their agenda.

The book also points out how these ill-guided policies have real world implications in everything from law enforcement to modern science.

“The Diversity Delusion” rebuts many of the Left’s sacrosanct narratives with piles of facts, studies, anecdotes and observations. It would serve as a fantastic tool for any young college student seeking to address their peers’ grievances with data over feelings.

Here’s nine of the best takeaways from the newly published book:

She calls out professors: “Hyperbole is part and parcel of political speech. But I would hope that there are some remaining faculty with enough of a lingering connection to reality who would realize that I and other conservatives are not a literal threat to minority students. To try to prevent me or other dissenting intellectuals from connecting with students is simply an effort to maintain the Left’s monopoly of thought. The fact that this suppression goes under the title of ‘antifascism’ is particularly rich.” 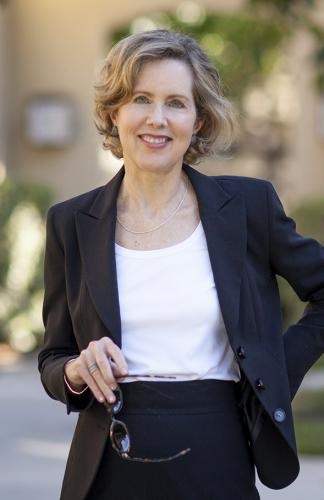 She disputes ‘snowflakes’ are psychologically unsound: “What’s behind this soft totalitarianism? It is routinely misdiagnosed as primarily a psychological disorder. Young ‘snowflakes,’ the thinking goes, have been overprotected by helicopter parents, and are now unprepared for the trivial conflicts of ordinary life. … But if risk-averse child-rearing is the source of the problem, why aren’t heterosexual white male students demanding ‘safe spaces’? They had the same kind of parents as the outraged young women who claim to be under lethal assault from the patriarchy. … Unlike any other group on a college campus, [heterosexual white males] are stigmatized with impunity, blamed for everything from ‘rape culture’ to racial oppression.”

“Campus intolerance is at root not a psychological phenomenon but an ideological one. At its center is a worldview that sees Western culture as endemically racist and sexist.”

She blames campus administrations: “[N]o college administration in recent history has ever said to whining students of any race or gender: ‘Are you joking?’ We’ve kowtowed to your demands long enough, now go study!’ And why should the burgeoning student services bureaucracy indulge in such honesty? It depends on just such melodramatic displays of grievance for its very existence.”

“… This melodramatic ‘safety’ rhetoric … lies at the heart of academic victimology. Any college bureaucrat who uses it has cast his lot with the fiction that his college is dangerous for minority and female students outside a few places of sanctuary.”

She debunks the ‘implicit bias’ test: “IAT bias scores have a lower rate of consistency than is deemed acceptable for use in the real world — a subject could be rated with a high degree of implicit bias on one taking of the IAT and a low or moderate degree the next time around. … No evidence exists, in other words, that the IAT reliably measures anything stable in the test-taker.”

“[It has also been proven that IAT results have] no relationship to how we act in the real world.”

My latest book — “The Diversity Delusion” — is officially on sale today. #diversitydelusion https://t.co/dvgQtMeANF

She warns against racial pandering: “A growing body of empirical evidence is undermining the claim that racial preferences in college benefit their recipients. Students who are admitted to schools for which they are inadequately prepared learn less, in fact, than they would in a student body that matches their own academic level.”

“… The universities’ encouragement of victimology has wider implications beyond the campus. The same imperative to repress any acknowledgement of black academic underachievement as the cause of black underrepresentation in higher education is more fatefully at work in repressing awareness of disproportionate black criminality as the cause of black overrepresentation in the criminal-justice system.”

“… A thought experiment is in order: If American blacks acted en masse like Asian-Americans for ten years in all things relevant to economic success — if they had similar rates of school attendance, paying attention in class, doing homework and studying for exams, staying away from crime, persisting in a job, and avoiding out-of-wedlock childbearing — and we still saw racial differences in income, professional status, and incarceration rates, then it would be well justified to seek an explanation in unconscious prejudice.”

“ … America has an appalling history of racism and brutal subjugation, as we should always be vigilant against any occurrence of that history. But the most influential sectors of our economy today practice preferences in favor of blacks. The main obstacles to racial equality at present lie not in implicit bias but in culture and behavior.”

She highlights the Sexual Revolution’s failure: “Sexual liberation is having a nervous breakdown on college campuses. Campus feminists are reimporting selective portions of traditional sexual code that they have long scorned, in the name of ending the purported epidemic of campus rape. They are once again making males the guardians of female safety and are portraying females as fainting, helpless victims of the untrammeled male libido. While the campus feminists are not yet calling for an assistant dean to be present at their drunken couplings, they have created the next best thing: the opportunity to replay every grope and caress before a tribunal of voyeuristic administrators.”

“The ultimate result of feminists’ crusade may be the same as if they were explicitly calling for a return to sexual modesty: a sharp decrease in casual, drunken sex. … Feminist may now be unwittingly accomplishing what they would never allow conservatives to do: restoring sexual decorum.”

She sounds the alarm on social justice ruining science: “Social justice concerns now apparently trump the quest to solve the mystery of dark matter. … The STEM fields — science, technology, engineering and math — are under attack for being insufficiently ‘diverse.’ … The extraordinary accomplishments of Western science were achieved without regard to the complexions of its creators. Now, it seems, we are to believe that scientific progress will stall unless we pay close attention to identity and try to engineer proportional representation in schools and laboratories. The truth is exactly the opposite: Lowering standards and diverting scientists’ energy into combating phantom sexism and racism is reckless in a highly competitive, ruthless, and unforgiving global marketplace.”

She spells out what’s at stake: “We are cultivating students who lack all the understanding of the principles of the American Founding. The mark of any civilization is its commitment to reason and discourse. The great accomplishment of the European Enlightenment was to require all forms of authority to justify themselves through rational argument, rather than through coercion or an unadorned appeal to tradition. The resort to brute force in the face of disagreement is particularly disturbing in a university, which should provide a model of civil discourse.”