A little more than a week ago, the University of North Carolina at Chapel Hill announced that Susan King, dean of the UNC Hussman School of Journalism and Media, would be resigning from her position.

King, who took over the dean position in 2012, announced she would be keeping the position until a replacement is named.

“I believe after 10 years a new dean will bring fresh eyes, additional perspective and new energy to our school,” King wrote in her weekly newsletter to journalism school faculty.

“Media — journalism, public relations and advertising — are in a state of great change,” she wrote.

But the school’s official announcement made no mention of the travails the Hussman Journalism School had suffered through under King’s watch. Notably, King’s decision to recruit controversial New York Times writer, primary author of the 1619 Project and UNC alumna Nikole Hannah-Jones to the school’s faculty.

At first, the school offered Hannah-Jones, who has no academic background, a five-year contract at a salary of $180,000 per year, with the option for tenure when the contract was up.

Eventually, Hannah-Jones was offered tenure, but instead decided to take a position at Howard University.

A new collection of emails obtained exclusively by The College Fix through an open records law request details some of the drama behind the scenes of the Hannah-Jones debacle, demonstrating the pressure King was feeling on both sides of the debate. 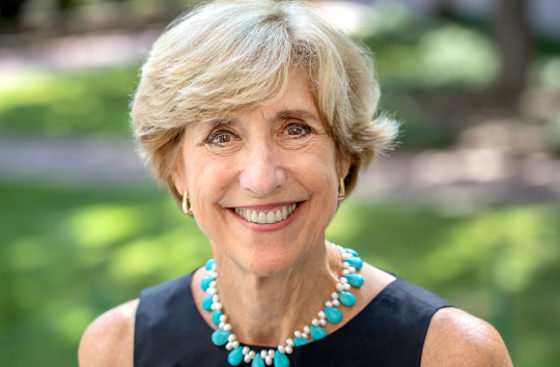 In August 2020, King (pictured) drafted a memo entitled “Structural Racism – Hussman School Strengths, Weaknesses and Aspirations,” in which she revealed the attempt to hire Hannah-Jones had gone back a full year.

“In the summer of 2019 we began a conversation with the Knight Foundation to create a Chair in Race and Investigative Journalism,” King wrote in the memo, which sought to bolster the school’s commitment to diversity, equity, and inclusion.

“We also began talking with Nikole Hannah-Jones about taking this chair. Hannah-Jones recently agreed the position is an opportunity she wants to pursue, and her tenure review process is underway. Faculty are very enthusiastic about the prospect of her joining our faculty,” King wrote.

“The class will advance all our values around diversity and the media and also offer students- inside and outside Hussman-a much deeper understanding of systemic racism and the impact of slavery on America,” King wrote.

But soon, King was being pressured by Walter Hussman, Jr. – an influential donor whose name adorned the the journalism school after a $25 million gift – to reconsider the attempt to hire Hannah-Jones.

In September, Hussman copied King in on an email in which he expresses “concerns about Nikole Hannah Jones and her writings on the 1619 project.”

“Perhaps her most controversial statement she made in her opening essay is the the purpose of the American Revolution was not independence from England but rather to perpetuate slavery,” Hussman said, providing a link to a Politico article by a New York Times fact-checker that says she was ignored by the newspaper when she lodged objections to the 1619 Project’s claims.

Hussman would email his distribution list, including King, three more times in the next week, calling Hannah-Jones’ work “divisive.”

He specifically objected to her claim that “for the most part, black Americans fought back [against slavery] alone.”

“I think this claim denigrates the courageous efforts of many white Americans to address the sin of slavery and the racial injustices that resulted after the Civil War,” Hussman wrote. “I feel this statement is not only wrong, but to many, it will be not just a slight, but an insult, and as a result will be more divisive and controversial as more people become familiar with her essay.”

On October 13, Hussman emailed King directly with a link to a Washington Post article called “How the 1619 Project took over 2020.”

“Thanks for sending it, Walter,” King responded, noting that she had already seen the piece.

“If a journalist’s job is to engage a public conversation about important topics then Nikole Hannah -Jones has been exceedingly successful,” she added, noting that Hannah-Jones herself had acknowledged “she should have sat down with additional scholars with particular focus on colonial history, the Revolutionary War and the Civil War, to better reflect the contention in the field.”

On December 26, Hussman sent King a Wall Street Journal op-ed that, according to Hussman, “points out the contradiction of trying to both condemn our national sins, yet at the same time trying to remove them from our historical record.”

This email prompted a lengthy response from King in which she argued that the WSJ piece focused too much on one line of the 1619 Project.

“I don’t think of the 1619 project as conservative or liberal,” King wrote. “I think of it as a project challenging America on the issue of race – clearly a leftover issue of the post-civil war era. Lincoln’s assassination left the next steps undone. In Chapel Hill that history is still playing out – witness silent Sam and buildings named after once North Carolina leaders now known as KKK leaders.”

“I am not a fan of what is called woke culture and I am certainly of another generation than those on some of the front lines of this debate,” King added. “But I was also the only woman in all my early newsrooms and know what I could add to the story line-up and to the reporting – perspective. Not bias, but a sense of what is news from a woman’s experience.”

Hussman responded, saying he worried about the journalism school bearing his name being tied to the 1619 Project.

“It will be criticized by not just those on the right, but those on the left, too, including many noted historians,” Hussman responded on New Year’s Eve.

“If this happens, I know I will be asked about it. I find myself more in agreement with Pulitzer prize winning historians like James McPherson and Gordon Wood than I do Nikole Hannah Jones. These historians appear to me to be pushing to find the true historical facts. Based on her own words, many will conclude she is trying to push an agenda, and they will assume she is manipulating historical facts to support it.”

In March, UNC sent Hannah-Jones its official offer letter, sparking a new round of controversy. But in addition to criticism, King also received numerous emails from alumni supportive of her decision to bring Hannah-Jones to the campus.

“I am writing today to specifically congratulate you and Dean King for selecting Nikole Hannah-Jones as Knight Chair in Race and Investigative Journalism,” Class of 1996 alumnus J.J. Carter wrote in a May email to Chancellor Kevin Guskiewicz. “I do not know Nikole personally, but I consider her to be one of the most important voices in America on the defining issue of our time,” Carter wrote.

“This is more than a note. This is an affirmation that means the world,” King responded to Carter.

The next day, 1968 UNC graduate Tee Baur emailed Guskiewicz and King, complaining that Hannah-Jones 1619 Project “has been refuted by countless credible historians,” calling her hiring “an insult to the generosity of the Hussman family who committed $25,000,000 to reinstitute Core values in the profession of journalism at UNC-CH.”

King fired back, defending Hannah-Jones against the charge that her research had been disputed.

“I am sure you are aware that after that criticism – in 2020 – the respected Society of American Historians inducted Ms. Hannah Jones into the society,” King wrote. “As well, this spring, the prestigious Academy of Arts and Sciences invited her to join.”

“Both of these organizations give insight into her stature beyond the considerable journalism awards she has received over the past 4 or 5 years. They all indicate a woman of substance and a voice of importance in the American public space,” King added.

King did not respond to a request by The College Fix to comment for this story.

Eventually, the UNC Board of Trustees held a vote to grant Hannah-Jones tenure amid skirmishes between police and student protesters backing her.

Hannah-Jones said her “mistreatment” was the result of her being a black woman.

“It’s not my job to heal the University of North Carolina,” she told “CBS This Morning” on July 6 as she announced she would instead become the inaugural Knight Chair at Howard University.

“That’s the job of the people in power who created the situation in the first place.”

And one of the people who created the situation in the first place, Susan King, is now out of a job.