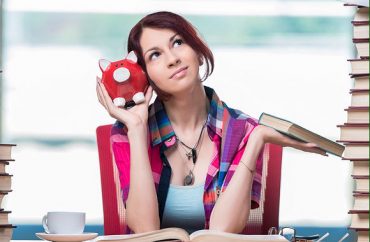 With four-year college graduation rates hovering between 19 and 36 percent, some organizations are trying to hurry students along by giving them low-cost alternatives to the classroom.

A new effort that launched last week even tries to entice students by offering them their “Freshman Year for Free.”

The program name isn’t a gimmick, spokesperson Jennifer Leckstrom told The College Fix in an email: The courses themselves are “100 percent free,” while the exams cost $85 each. (The organization is paying exam fees for the first 10,000 test takers and seeking donations to cover more in the future.)

Modern States wants to “eventually incorporate additional offerings like tutoring and mentoring through partner organizations,” though it’s not in the program’s immediate future, she said.

Freshman Year for Free is open to everyone but will make pitches to groups including high school students, military veterans, students with their own kids and dropouts – those who may prefer to take classes on their own time and pace, Modern States Executive Director David Vise told The Fix in a phone interview.

The Texas State University System, where 70 percent of students have jobs, was one of the early participants in Freshman Year for Free during its beta phase a year ago.

It encouraged “nontraditional” students – such as older students with kids and full-time jobs – to use the program rather than come to campus for their first year, Dallas’s WFAA reported.

The money for the program is coming from Modern States’ founder and chairman, Steve Klinsky, a former Goldman Sachs executive who went on to found the investment firm New Mountain Capital.

Vise called him “a big believer in education” who “believes it’s a really important thing to get people ahead in their lives, in their education and in their careers.”

Modern States was founded more than two years ago with the stated aim of creating “at least one universally available and tuition free path toward high quality college education,” particularly for nontraditional students.

“No one should be shut out of education after high school because of tuition cost or lack of access,” Klinsky said in its announcement.

‘As good or better’ than other college courses – but too easy?

An older for-profit organization is taking a different approach, partnering with colleges to offer cheap a la carte or subscription courses for credit.

Last week StraighterLine announced its newest partnership with Manor College, a two-year Catholic school near Philadelphia that advertises itself as an alternative to “local community colleges.”

Under the deal, Manor College students can complete general education courses online “starting at” $59 per course or pay a $99-a-month subscription for unlimited courses, with no minimum subscription period.

In a joint press release, StraighterLine said it’s looking to partner with as many as 2,000 colleges and universities and already serves at least 20,000 students a year with its offering. In a private Facebook message, StraighterLine told The Fix it has “over 100+ partner colleges.”

MORE: College makes it easier to graduate by requiring students to learn less

The quality and rigor of StraighterLine’s courses has come into question in the past, however.

Inside Higher Ed writer Serena Golden wrote an unflattering review of StraighterLine in 2010 based on an economics class she took through the service.

The fact that the material was “dated” was only one of many problems, including the prevalence of bugs and typos, she wrote: Errors that occur “with distracting frequency” include misspellings such as “ressecion,” “Ben Bernake,” and “camp councilor.”

Golden said text boxes “often appear where they shouldn’t” or use the wrong text, while the screen often wiggles back and forth when “hovering over a keyword to see its definition.”

The following year, StraighterLine commissioned a survey of students who had taken its courses, most of whom had completed them.

The Washington Post reported that the survey found StraighterLine students were more satisfied with its service than any other form of higher education, with 80 percent or more saying it was “as good or better” than courses from traditional colleges, community colleges and online services.

Depending on how busy they want to be, students could complete their freshman year “for a few hundred dollars and transfer the credits in to a four-year institution,” the Post said.

While the survey backed up founder and CEO Burck Smith’s claims that StraighterLine is more convenient and cost-effective for students, it reflected earlier concerns about rigor.

Smith challenged the Post interpretation on rigor in a comment, saying other survey results seem like “a validation of equal rigor at a fraction of the price.”

The company told The Fix via Facebook that its service uses course elements that are “well established throughout higher education” from providers including McGraw-Hill, Rosetta Stone and Acrobatiq.