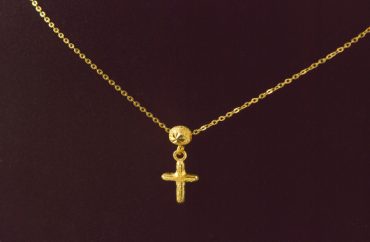 The incoming government in Quebec, Canada wants to prohibit government employees from wearing religious symbols while at work.

The Coalition Avenir Quebec’s platform specifically notes that the province’s educators are included: “Religious signs will be prohibited for all persons in position of authority, including teachers.”

Reason reports new leader François Legault claims the provision is merely to ensure neutrality. “[W]e want to make sure that a policeman or a policewoman doesn’t show a religious sign in case the man or woman in front of him is from another religion,” he said.

Critics, including Prime Minister Justin Trudeau, say the platform violates Québécois’ freedom of religion. But if the provision is deemed unconstitutional, Legault brought up invoking the “notwithstanding clause” of the Canadian Charter of Rights which “permits provincial legislatures to override a court’s decision on what is and is not constitutional.”

The CAQ says it wants to ensure “the secularity of the state,” and that’s a worthy goal: Separation of church and state—and mosque and state, and synogogue and state—is certainly a good thing. But this ban would simply prohibit workers whose religions require them to wear certain clothing (like kippahs for Jewish men and hijabs for Muslim women) from being able to do so.

Plus, the party’s stance is more than a little hypocritical.

For more than 80 years, a crucifix has hung above the speaker’s chair in Quebec’s legislature, the National Assembly. One might think that a party eager to secularize the state would call for the crucifix’s removal. But the CAQ insists that this cross is a cultural symbol, not a religious one.

“We have to understand our past,” Legault told reporters this week. The French Catholics and British Protestants who settled the province “built the values we have in Quebec,” he said. “We have to recognize that and not mix that with religious signs.” A CAQ spokesperson tells The Globe and Mail that as a “heritage object,” the crucifix is “part of our history” and thus shouldn’t be removed.

In the face of public outrage, The Globe and Mail notes the CAQ has “backed off somewhat” from its initial position. Existing government workers may be permitted to continue donning religious symbols, but new employees would have to abide by the (new) prohibition.

Read the full Reason and Globe and Mail stories.