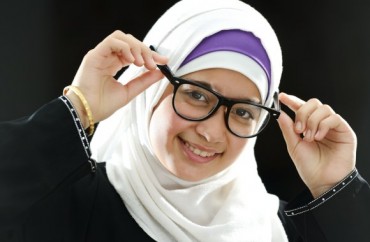 According to Rochester’s WHEC, Webster did not inform the school’s parents of the event ahead of time; as a result, they learned about it online and via news reports.

Webster approved the Hijab Day after receiving a request from student Eman Muthana, originally from Yemen, who wears the traditional garb each day.

Having a “Hijab Day” is actually one of the suggestions of our very own federal Department of Education.

On DOE’s official blog, it says one of the ways to help combat Islamophobia is to “share inspiring examples like Walk a Mile in Her Hijab, whose goal is to spread awareness about Muslim cultural traditions and to combat anti-Muslim bias.”

Principal Webster noted that her intentions were not religious, but “experiential”:

EAGNews.org posted some of the online reactions from parents.

“What lesson will they wear a Yarmulke in? Or the Christian cross? Or the Hindu turban?” Dan Lane posted. “Funny how it always seems to be the Muslims they learn about, even in Common Core.”

“How disgusting and irresponsible for any educator to encourage a child to wear a symbol of oppression, whether it be religious or cultural,” Rebecca Sluman wrote.

“Don’t you kids dare wear a shirt with the American flag on it, someone WILL be offended,” Rick Bentley added.

What I do wonder is when Rochester’s World School of Inquiry will be holding World Uncovered Hair Day, in honor of Aqsa Parvez, whose Muslim father choked her to death with her hijab after she refused to wear it. When will Rochester’s World School of Inquiry be celebrating the memory of Aqsa and Amina Muse Ali, a Christian woman in Somalia whom Muslims murdered because she wasn’t wearing a hijab? And of the 40 women who were murdered in Iraq in 2007 for not wearing the hijab; and of Alya Al-Safar, whose Muslim cousin threatened to kill her and harm her family because she stopped wearing the hijab in Britain […]

And Spencer provides quite a few more examples.