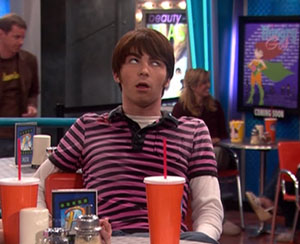 So here’s my conflict of interest: I’m a native Oregonian and my dad is a Duck. As in, a University of Oregon alum.

Whenever the university and its famously stoned student population makes the news, my ears perk up, like when the administration threatened to expel a student for making a lame sex joke or banned nude art classes in public, citing the “safety” of the models. (The prudish spirit of the Methodist missionaries who settled my hometown apparently lives on at UO.)

The student senate is getting in on the ridiculous-overreaction business now, trying to shut down a couple of Tumblr pages that, as far as I can tell, gently mock the senate, its members and some campus advocacy groups.

As reported by the Daily Emerald, Vice President Miles Sisk referred to a closed meeting to discuss the “crime” of “cyber-bullying” against senate members:

The people running these blogs are criminals,” Sisk said. “Frankly, I’m done with it.” …

“In response to this, I have communicated with a friend of mine. He has acquired the IP addresses of those blogs. If these blogs are not shut down within the next 48 hours I am turning these in to the administration. They are able to connect these IP addresses to the people running them.”

What are these “criminal” blogs, you ask? The senate isn’t saying, but the Daily speculates that it’s ASUO Conservative Problems and ASUO Progressive Problems – “repeat offenders” from last year.

Here’s an example of “cyber-bullying,” titled “Sitting next to Amy during senate” (Amy comes up a few times for ribbing). Click the pic to see the animation: Here’s another, titled “Swimming through Robin’s bullshit” (click this one too): Without knowing anything about these people, who are apparently senators, I find both of these GIFs hilarious and mildly bitchy. “Bullying” isn’t even a stretch – it’s a black hole that sucks and disintegrates actual bullying activities with horrific consequences but few legal remedies.

“Bullying” here seems to mean “one of our members is making fun of us in public.”

Fast-forward two weeks, and the Daily says Sisk is still trying to get those darn IP addresses – and now he wants the school to ask Google to turn over the Google Plus accounts for the blogs. Good luck with that.

Even the hypersensitive UO administration isn’t buying this, the Daily says, pointing to the student code of conduct:

Essentially, if the Senate can provide definitive corroboration that any member is being caused or threatened with physical or psychological harm, it has a case against the still-unidentified culprits. Otherwise, it seems unlikely that tracing the negative feedback to its origins will produce much progress. Presently, evidence for this kind of harassment has yet to surface.

While the word “bullying” doesn’t appear to be in the code, harassment is defined as:

Unreasonable insults, gestures, or abusive words, in the immediate presence, and directed to, another person that may reasonably cause emotional distress or provoke a violent response (including but not limited to electronic mail, conventional mail and telephone) except to the extent such insults, gestures or abusive words are protected expression …

The Foundation for Individual Rights in Education (FIRE), which helped pressure the school to drop its charges against the sex jokester, puts UO’s harassment policy under its “red light” rating because it “clearly and substantially restricts freedom of speech.”

Yet even under this restrictive code, posting snarky GIFs about members of the senate appears to be completely legit.

It’s no exaggeration to say that the modern university’s imposition of the “care ethic” as its guiding principle – identified by FIRE President Greg Lukianoff in his new book Freedom From Speech – is creating hypersensitive students who are poorly prepared to deal with even the lightest criticism.

Or to make credible threats against joke blogs.