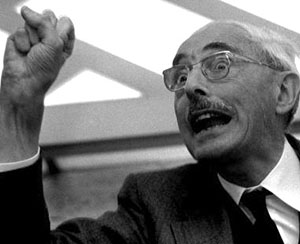 The “ClimateGate” participant, inventor of the “hockey stick” theory of climate change and litigious crybaby took his critics to court last year to stop them from criticizing his methodologies – National Review, the Competitive Enterprise Institute and a couple commentators. Bizarrely, the municipal D.C. Superior Court refused to throw out the case.

The usual suspects – libertarian think tanks – recently lined up against Mann in a friend-of-the-court brief to the D.C. Court of Appeals, as The College Fix noted earlier this week. What’s noteworthy is news organizations – rarely friendly to people who question climate scientists like Mann – are doing the same thing.

In their own friend-of-the-court brief Monday, the Reporters Committee for Freedom of the Press, ACLU, Fox News, Gannett, Bloomberg and several press associations and newspapers told the appeals court that Mann was violating Washington, D.C.’s law targeting “strategic lawsuits against public participation.”

Anti-SLAPP statutes arose out of “corporations, real estate developers, government officials and others” filing lawsuits “against individuals and community groups who oppose them on issues of public concern,” as the First Amendment Project says. The point of the lawsuit isn’t winning – SLAPPs rarely do – but making critics think twice about getting involved in public advocacy, lest they are subjected to a “substantial investment of money, time, and resources” in court.

Sometimes such lawsuits target journalists – say, for reporting on police misconduct. They may be filed against freelancers who don’t have a major media outlet to pay their legal fees, or even a small opinion journal like National Review, which is similarly vulnerable to a dragged-out lawsuit even if it “wins.”

While the first half of the news organizations’ brief focuses on a procedural issue – arguing that the appeals court can immediately review the case because “the statute confers immunity from litigation” – the rest of it deals with the right to criticize Mann and his methodologies.

“The opinions expressed were no doubt harsh, and many – including a number of the
amici [signatories] submitting this brief – may not agree with” National Review, CEI and the commentators, the brief says.

But those critics are expressing opinions, it continues:

Such protection is particularly warranted where the public policy under discussion involves a complex scientific issue that is properly left to scientists and concerned citizens to test, debate, and resolve – rather than attempting to adjudicate scientific ‘truth’ in a court, a task for which the judicial system is uniquely unqualified in the context of a defamation action.

It’s crucial to understand what the critics were alleging, and what they were not, the brief continues: There’s a material difference between accusing Mann of “fabricating data from thin air,” which could be defamatory, and criticizing “his scientific models, methods, and conclusions.”

The news organizations point to a case that was thrown out concerning a similarly hot-button issue – vaccination:

An infectious disease specialist and vaccine proponent was quoted in an article in Wired magazine as challenging the theories of the plaintiff, a prominent vaccine skeptic, saying they make him “‘just want to scream’” because “‘she lies.’” … The plaintiff sued the scientist and the magazine for defamation, but the court found that the challenged statement – plaintiff “lies” – could not be reasonably understood in that context to suggest that the plaintiff is “‘a person lacking honesty and integrity.’” … Instead, the court found that the statement was part of “an emotional and highly charged debate about an important public issue over which” the parties had “diametrically opposed views” and that the word choice was “precisely the kind of ‘loose, figurative’ language that tends to ‘negate any impression that the speaker is asserting actual facts.’”

Crucially, the news organizations argue that just because the government believes your research, it doesn’t give you a legal cudgel to wield against your enemies:

Mann’s claim “threatens to ensnare the court” in the contentious debate over climate change – its existence, causes, and solutions. Having a court or a jury sit as the arbiter of scientific truth is not only contrary to settled First Amendment law, but also stunts the ongoing evolution of scientific exploration. …

The fact that certain official panels backed Mann’s methodology – facts that were not only disclosed in the challenged publications but in fact formed the basis for them – cannot allow him to silence his critics in a defamation claim. Under the First Amendment, the government is not the final arbiter of truth with the power to foreclose further challenge to its policies.

Indeed, this fundamental principle was the basis for repudiating the Sedition Act of 1798, which had criminalized speech criticizing the government.

There’s a lesson here too for student journalists: Your administration doesn’t get to dictate the truth. The legal particulars may vary depending on whether you attend a public or private college, but always assert your right to investigate, report and criticize the powers that be.