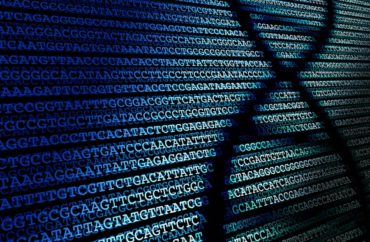 There is an ongoing struggle between genetics researchers and the National Institutes of Health over restrictions placed on access to federally maintained genetic databases.

Several recent articles detailed claims from researchers that they are not allowed to use certain datasets to investigate topics deemed stigmatizing or taboo.

The College Fix reached out via email to the NIH for clarification, but did not receive a reply.

James Lee, a behavioral geneticist at the University of Minnesota, first flagged the matter in an October 19 piece for City Journal.

Lee claimed the NIH routinely denies or revokes access to important genetic databases, such as the Database of Genotypes and Phenotypes, or dbGaP, based on whether researchers are proposing to conduct or are actively doing work on “forbidden” topics, such as the relationship between one’s genes, intelligence, educational attainment and health.

From Lee’s perspective, this is a form of censorship that stymies progress on important medical questions and comes with a profound cost: “On a practical level, many of the original data-generating studies were set up with the explicit goal of understanding risk factors for various diseases.”

As for the rationale for the restrictions genetics researchers now face, Lee speculated in his article they “appear to be invented to impede research on certain topics that anonymous bureaucrats with ideological motivations have decided are out of bounds.”

Lee implied in his City Journal piece these kinds of restrictions are increasingly common and encountered widely in his field, although he expressed uncertainty of whether senior NIH officials or low level bureaucrats are ultimately responsible.

NIH is clamping down on a broad range of attempts to explore the relationship between genetics and intelligence. https://t.co/20GNnrXebG via James Lee

A week after Lee’s piece was published, Stuart Ritchie, a science writer and researcher at King’s College London’s Social, Genetic and Developmental Psychiatry Centre, reported on his Substack Science Fictions of having encountered similar issues.

Ritchie suggested ideology could play a role, but also noted colleagues had surmised there may be issues with consent forms in some studies, through which participants agreed to let their genetic information be used only for narrowly defined medical topics.

Ritchie also acknowledged these restrictions could be an overreaction to low-quality research on intelligence and genetics conducted by individuals he described as either trolls or ideologically committed to finding specific results pertaining to race- or sex-based differences between human populations.

Is it a good idea for the NIH to be restricting scientists from doing research on topics like intelligence, education, and even drug addiction? Obviously not, as I explain in my new Substack: https://t.co/ZloQ9nguwB

Along those same lines, it is also possible the restrictions could be an overreaction to small groups of activists outside of the NIH that believe genetics research on some topics should be forbidden or recent controversies surrounding the alleged misuse or mismanagement of genetic information accessed through federally managed databases.

A week prior to the publication of Lee’s article in October, The Chronicle of Higher Education ran an investigative piece documenting the downfall of Bryan Pesta, a former tenured professor of business at Cleveland State University with an academic background in both labor relations and psychology.

According to the Chronicle’s account, Pesta, despite being generally liked by his students and having long been in good standing at his institution, was targeted by groups of activists between 2019 and 2021 for publishing research suggesting possible genetic differences between racial groups impacting intelligence.

Subsequently, Pesta was investigated by both the NIH and his university for mismanaging data obtained through dbGaP and violating dbGaP user agreements and ultimately had his access to NIH data revoked, was barred from regaining access for three years, and was fired by CSU in March of this year.

According to the Chronicle, Pesta admitted to uploading data from dbGaP to unapproved servers for analyses, but disputed the other charges.

Revealing passage from the Chronicle of Higher Education article celebrating the campaign that got Bryan Pesta fired. A scientist came to the wrong conclusions, so we nailed him on some technicalities. pic.twitter.com/GJ9i4zTNTV

For his part, Ritchie, writing of his own experiences, described how he and a group of colleagues had been interested in accessing summary statistics of data from a 2019 Alzheimer’s study via the NIH’s National Institute on Aging Genetics of Alzheimer’s Disease Data Storage Site, or NIAGADS, to examine whether those with “more of the high-risk genetic variants linked to dementia tend to have lower IQs even well before they ever get a dementia diagnosis.”

However, they were precluded from doing so, as the page for that particular dataset explicitly states “these summary data should not be used for research into the genetics of intelligence, education, social outcomes such as income, or potentially sensitive behavioral traits.”

Ritchie highlighted this as being problematic for the genetic study of Alzheimer’s given that it is tentatively diagnosed in living patients via cognitive tests relevant to intelligence.

Ritchie also reported that not all the datasets in the NIAGADS database explicitly restrict users from analyzing the data they contain for inquiries into allegedly stigmatizing questions.

However, when he contacted NIAGADS about the policy, they replied that “Any type of stigmatization that could be associated with genetic data is contrary to NIH policy.”

Peter Visscher, a professor of quantitative genetics at the University of Queensland, wrote in an email to The College Fix that he personally has not run into these types of restrictions, but several of his colleagues have.

He also speculated for individual datasets in dbGaP “there may be specific conditions attached about what can and cannot be studied with the data.”

“What is not clear to me,” Visscher added, “is exactly where the restrictions come from. Are they specifically mentioned in the consent forms [given to participants]? Is it a local IRB [ethics board] condition? My guess is that it is the Principal Investigators of the relevant studies and/or NIH administrators who impose these conditions.”

When The College Fix emailed Brian Kunkle, one of the lead authors on the Alzheimer’s study that yielded the data Ritchie was restricted from accessing, asking Kunkle if he knew who was responsible for the restriction, he replied that he would need to contact a colleague to clarify the matter. However, Kunkle, who also wrote he was traveling for a conference at the time, did not get back to The College Fix with an answer by the time of publication.

Visscher stated he is not sure when these conditions for accessing different datasets began to be imposed or enforced, as some of the relevant datasets have in recent years been used for analyses that are prohibited under current restrictions.

As an example, Visscher highlighted how an April 2019 data use certification agreement for the Genetic Epidemiology Research on Adult Health and Aging (GERA) dataset, which is accessed through dbGaP and contains a subset of data from the Research Program on Genes, Environment and Health (RPGEH), explicitly bars analyses of numerous demographic and behavioral variables, including Body Mass Index, or BMI, a common proxy for obesity.

However, Visscher pointed out, this is somewhat odd given that the Genetic Epidemiology Research on Adult Health and Aging dataset was used in a 2018 NIH-funded study explicitly examining genetic influences on BMI.

Furthermore, Visscher noted, several of the researchers listed as co-authors on the 2018 BMI study were also involved in the initial work on the NIH-funded project that resulted in RPGEH and the GERA dataset. Hence, if the NIH or the researchers responsible for RPGEH and the GERA dataset began to take issue with genetics research on BMI in 2019, they do not appear to have had such qualms in 2018.

The College Fix attempted to contact several of the researchers listed as co-authors on the projects cited by Visscher, including Catherine Schaefer at Kaiser Permanente and Thomas Hoffmann, Mark Kvale, and Neil Risch at the University of California, San Francisco, regarding the source of the restrictions, but did not receive a response.

Regardless of the reasoning behind and origin of these kinds of restrictions to government-managed genetic databases, however, many researchers in this area hold that the knowledge to be gained from this work is incredibly valuable.

“Human behavioural traits,” Visscher wrote in his email to The College Fix, “including educational attainment and intelligence, are correlated with many outcomes in life, including risk of many diseases and overall longevity.”

Furthermore, he noted, “To deny researchers access to (US tax-payer funded) datasets to study the causes and consequences of behaviour because of perceived ‘stigmatization’ or in general because of fear what might be discovered, seems illogical and counter-productive to me.”