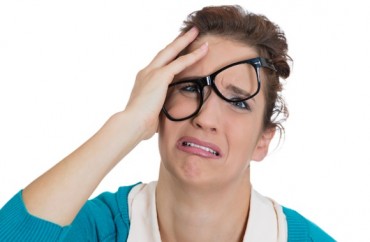 Elementary school teacher Tracy Rosner has a pretty funny notion about the requisites for a position which includes the teaching of Spanish — like knowing the language.

She’s suing the Miami-Dade County Public Schools in federal court because she claims “the principal had an unfair policy of requiring its foreign language teachers to actually speak the language they were teaching,” according to the Miami New Times.

The article notes that Rosner herself had requested a move to the student “extended foreign language” (EFL) track at her school where teaching is done in English and another language. Outside of not knowing Spanish, she asserts she was “otherwise qualified” for the position.

The solution to the issue, according to her attorney, was for the school to get someone else — like another teacher in the EFL program — to teach the daily one-hour Spanish portion.

The New Times says Rosner is framing her suit as a racial discrimination matter since non-Spanish speakers are a minority in Miami-Dade County.

After she was denied the job, Rosner says, the school’s principal retaliated by doubling her workload and asking her to teach all the subjects instead of just reading and language arts. Rosner apparently complained to the superintendent and even made a formal complaint to the school district’s civil rights office, but administrators there found no probable cause and closed the case.

The lawsuit claims that non-Spanish speakers are a minority population in Miami-Dade County and that seeking employment solely from Spanish speakers “disproportionately affects” Rosner and others like her.

“As a direct and proximate result of the retaliation against Ms. Rosner, and the violation of her rights… Ms. Rosner was provided a less desirable position and has damages including emotional pain, suffering, inconvenience, mental anguish, [and] loss of enjoyment of life,” the lawsuit states.

Ms. Rosner has some pretty big cojones. Education law can be pretty convoluted, but I fail to see how requiring actual knowledge of a subject to teach it is “discriminatory.”

On the other hand, requesting an extra teacher could make sense if Rosner needed some sort of accommodation. But unless unfamiliarity with a language is now regarded as a “disability,” she’s should be out of luck.

UPDATE: The Miami New Times has included an update with a response from Ms. Rosner’s attorney:

Ms. Rosner was denied a job teaching English Reading and Composition to children in the EFL program in Miami-Dade County Schools. The EFL program has a one hour Spanish component per day that can be taught by any teacher in the program, and not exclusively the English Reading and Comprehension teacher. By requiring the English teacher to understand Spanish to teach English to English speaking students is the issue.

Our headline and article have been amended accordingly.

Editor’s note: In an email to The College Fix on Tuesday, Curt Rosner writes

The principal was requiring her to teach Spanish when she would only be teaching Reading/language arts to English speaking students. The school system does NOT require that she teach the Spanish component in EFL track and she wasn’t requesting to do so. She was asking for a position that was consistent with the school system’s policy as relates to the EFL track. Based on the present model in the school, no student in the EFL track will ever be taught Reading and language arts by an anglo teacher. They have to be taught by a Spanish speaking teacher even though there is no part of reading and language arts that is in Spanish. Most of the math and science teachers in the EFL track do NOT speak Spanish. All that EFL is is one hour of Spanish per day taught to the kids. Most of the kids are non-Hispanic. The rest of the classes are part of the regular curriculum studied by all kids in the school.

MORE: ‘Bothersome’ that the Spanish is not ‘gender inclusive’

MORE: Activists attempt to alter the fundamentals of an entire language