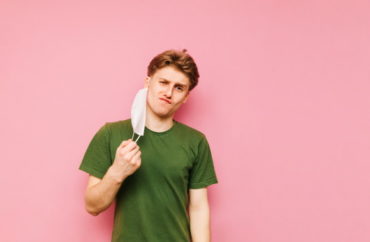 But studies show previous infection from the virus provides lasting immunity, including from its variants

Well over 200 colleges and universities across the nation have announced in recent weeks they will require students to get the COVID vaccine to return to campus this fall, and more campuses are added to the list each day.

Bizarrely, most teachers and staff are exempt from that same vaccine mandate, according to a list maintained by the Chronicle of Higher Education.

In effect, campus leaders force their students to get a vaccine — even though young people are shown to have far fewer severe reactions from COVID-19 — while their older, more vulnerable employees are given a pass.

Even more troubling is that university leaders refuse to accept acquired immunity in place of a vaccine even though experts — including Dr. Anthony Fauci himself — have found that previous infection from the virus provides lasting immunity, including from its variants. 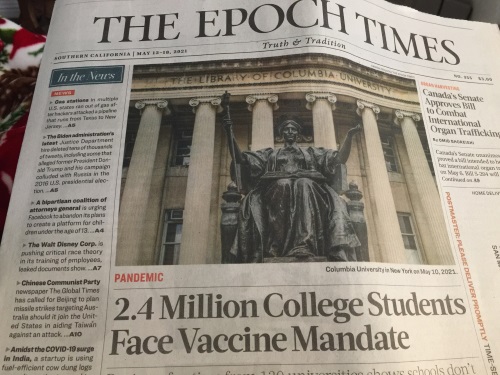 All this is spelled out in a front-page article recently published by The Epoch Times, which reports that none of the universities that require the vaccine provide for COVID-antibody exemptions:

“None of the schools currently accept acquired immunity as an exemption from the vaccination mandate, even amid evidence that prior infection results in broad and lasting protection from the virus, according to an Epoch Times review of more than 130 university vaccine mandate notices and immunization requirement pages.”

Neither will campus officials explain their reasoning.

“Only a handful of the four dozen schools contacted for this article offered direct responses for why infection-conferred immunity isn’t being considered as an exemption. The vast majority responded by referencing their immunization exemption rules, which don’t address acquired immunity. When pressed for an answer, several schools said they couldn’t offer more information, while others said they are still finalizing their policies,” The Epoch Times reported.

All campus leaders can point to is the Centers for Disease Control’s vague and wishy-washy current take on natural immunity.

“Getting COVID-19 may offer some natural protection, known as immunity. Current evidence suggests that reinfection with the virus that causes COVID-19 is uncommon in the 90 days after initial infection. However, experts don’t know for sure how long this protection lasts, and the risk of severe illness and death from COVID-19 far outweighs any benefits of natural immunity,” the CDC states on its website.

But The Epoch Times points out this statement “notably conflates the risk from COVID-19 facing non-immune people with the protection from acquired immunity. The apparent intent of the statement is to warn people who may be considering becoming infected and acquiring immunity as an alternative to getting a vaccine.”

The Epoch Times then goes on to cite studies and doctors who have stated natural immunity is a very strong defender against COVID, and in fact probably stronger than the vaccines.

“According to a study funded by the National Institutes of Health, 95 percent of the people with prior COVID-19 infections had durable immunity to the CCP virus lasting up to eight months,” it reports. “…Pfizer says efficacy diminishes to 91 percent from 95 percent in six months. The efficacy of the Moderna vaccine drops to 90 percent after six months, according to the company.”

The Epoch Times also reports doctors agree and studies find acquired immunity is just as good if not better than the vaccine:

In addition to lasting protection, acquired immunity to the CCP virus is effective against its variants, according to an NIH-funded study led by Dr. Anthony Fauci and published in late March. The immune system cells in people with acquired immunity “could recognize virtually all mutations in the variants studied” and “should offer protection against emerging variants.” …

“Naturally acquired immunity is superior to anything this vaccine could deliver. So, any students who have been through infection and COVID-19 should be exempt from vaccination,” H.C. Tenenbaum, professor of laboratory medicine and pathobiology at the University of Toronto, told The Epoch Times.

“There’s a vast array of evidence in the scientific literature that shows definitively that if you’ve had COVID and recovered, the vast, vast majority of people have a durable immunity that it’s very unlikely that you’ll be reinfected and you’ll be protected from reinfection,” Jay Battacharya, a professor of medicine at Stanford University, said during a roundtable discussion with Florida Gov. Ron DeSantis in March.

“Even if you do get reinfected at some later time, it’s very likely to be less severe than the first time. So, yeah, it’s just like the other coronaviruses; if you get infected, you get immunity and it lasts a while. Not forever, but it lasts a while.”

During the same roundtable, Sunetra Gupta, an infectious disease epidemiologist and a professor of theoretical epidemiology at the Department of Zoology at the University of Oxford, noted the curious way in which some public health experts cling to the notion that it’s unknown whether there would be durable acquired immunity after an infection from the CCP virus.

“What do the scientists do under those circumstances? They look around to other viruses, and we had four others circulating, we still do, coronaviruses, to which we knew from the studies that had already been done, that you do get immunity in a very similar manner,” Gupta said. “You make antibodies … and that those do protect you, particularly from severe disease and death, forever. They don’t protect against reinfection, but they protect you against severe disease and death.”

Making matters worse, vaccine side effects appear to be more common in people who have already had COVID, according to several reports.

It appears the only option for students who do not want to be forced to inject a COVID vaccine only approved under the CDC’s Emergency Use Authorization — especially if they already tested positive for COVID — is to file for waivers.

“In most cases, students can request an exemption from vaccination for medical or religious reasons and students enrolled in fully remote programs will not be required to be vaccinated,” CNBC reports.