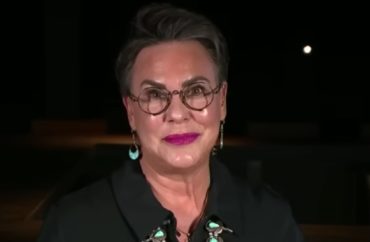 Research considers Twitter language from both Republicans and Democrats

“I’ll tell you what’s ‘toxic’ — trying to freeze free speech with ominous warnings that ‘we’re watching you’ from pointy-headed college professors and the leftist corporate media,” Hageman stated, according to Fox.

Hageman (pictured) defeated Wyoming Representative Liz Cheney in the Republican primary earlier this year and is expected to win the race for the U.S. House seat in November.

A copy of the email is posted in the article. Twitter shows no posts about the incident from Hageman’s account.

“Dear Harriet Hageman, We are two independent researchers at North Dakota State University,” according to the email. “We are not affiliated with any partisan group in any way. We are writing to let you know we are conducting research on the use of toxic language on Twitter by candidates, specifically how use of such language affects election outcomes.”

“Just before the election, we will write a post on the Monkey Cage blog of The Washington Post that discusses our findings regarding patterns in the use of toxic language,” the email authors stated.

Monkey Cage is a a political analysis blog published by The Washington Post.

The email was signed by Daniel Pernstein, a political science professor and the co-director of the Study of Digital Society at the university, and Yunus Orhan, a post-doctoral fellow at the Digital Society Project, according to their academic websites.

The researchers have yet to formally submit research to the Washington Post.

“A group of scholars from North Dakota State University pitched the Monkey Cage on an article on toxic language based on their research. The Monkey Cage editors indicated provisional interest, but have yet to see or evaluate a formal submission from them,”  Monkey Cage editor Henry Farrell told Fox News. “The pitch was unsolicited, and the authors are not affiliated with the Monkey Cage or The Washington Post,” Farrell said to Fox.

Daniel Pernstein, one of the authors of the email, said that his research team has been trying to monitor “toxic language” on Twitter across party lines. Their sample currently includes more Democratic candidates.

MORE: Tweet with care, lest your words undo you