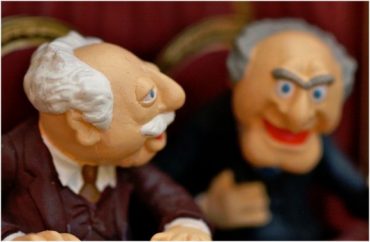 In February 2019, a student at Northern Illinois University reported a professor for consistently making “old white guy” statements, according to a review of complaints that have been filed with the school’s Bias Reporting website.

The professor “persistently makes problematic statements of a type that we in marginalized communities might call ‘old white guy’ statements,” reported a student in his class. “These don’t appear malicious, but they are assumptive.”

The complaint was one of 71 filed in 2019 with the NIU bias website. The College Fix recently obtained the reports through a freedom of information law request. Most identifying information has been redacted to protect the privacy of the individuals involved.

In another complaint, a professor was reported for allegedly “belittling” students for not coming to class after a threat on campus had been debunked. In a third, a female graduate assistant had filed a complaint after she was called “bossy” in her annual review.

Several race-related complaints were also filed, including a black student upset after a white vendor at a cultural fair asked to touch her “beautiful” hair.

Another involved a group of female students at the beach during the summer. A male friend asked if he could take a picture with them. When they returned to campus that fall, they saw he had posted the picture on Instagram with the caption “I love colored bitches that’s my fucking problem.” When the women confronted the male student he removed the caption but kept the photo up.

Other complaints dealt with transgender issues, including one that students were “dead named” in the graduation booklet and another which reported professors who opposed an all-gender bathroom, including one professor who said she did not want to “sit in men’s pee.”

Northern Illinois University officials did not respond to a request from The College Fix seeking comment.

When he asked the class why that would be, a student answered “because it’s from Denmark.” The professor then added, “where there are no black people.”

“He did elaborate to say that there were ‘some’ black people in Denmark, but clearly indicated that he believed the lack of the topic racial theory was due to an absence of minority populations rather than historical incidence of purposeful racial segregation,” wrote the student, calling the statement “insensitive” but not “malicious.”

“Earlier in the class sessions, he made a comment about Ursula K. LeGuin being on the syllabus because ‘you’ve got to have a woman, and she just so happens to fit the bill,’” reported the student.

“Then he commented that he didn’t really like LeGuin, and that her more famous books were ‘terrible.’ He frequently takes care to say things like, ‘If you like it, that’s fine, but that’s not what I’m interested in,’” added the student.

“So none of this is anything more than something to roll one’s eyes over, sure,” wrote the student. “But it’s present, and friends suggested I go ahead and fill out a bias report.”

“I am not particularly asking for action taken” against the professor, the student wrote. “I would, however, care about general training using these examples anonymized so that future insensitivity might be reduced.”

According to the NIU website, the bias reporting website “strives to create a welcoming, inclusive and equitable community where all people are treated with dignity and respect.”

“We are committed to safeguarding individual’s constitutional rights to free speech and assembly and addressing incidents of bias that may negatively affect individuals and/or communities,” reads the school’s site. The school encourages campus community members to report one another, even anonymously.

If the behavior “appears to be a violation of university policy and/or the law, the reporting party will be informed about additional ways the incident may be addressed,” writes the school.

As in the case above, students often take advantage of the website to report professors who say things with which they disagree.

For instance, a student taking a Spanish: Textual and Media class was offended that the professor included a question on an exam requiring students to name 17 out of the class’ 24 students and where they were sitting during the exam.

“This was not extra credit, this was actually part of the exam’s points,” the student explained.

According to the student, the professor “wanted to conduct a social experiment because she did not like how society is becoming disconnected with each other.”

“It was after our first exam when she wanted us to know each other’s names and faces for the next exam,” the student complained, saying “there are many problems to what she asks of us.”

The student says he or she confronted the professor, who refused to remove the question or change the scoring.

“I have a feeling that she will conduct this random experiment of hers again and it will negatively effect someone else’s grade again,” the student wrote.

Here are more details on various complaints filed during 2019:

· On the NIU Music Building a small sticker was placed on a glass door, over part of a No Smoking/No Guns decal.

“It’s very subtle because the sticker is so small, but in my view the presence of the sticker defaces the property,” wrote the complainant.

“I noticed this several weeks ago, but I am making a point to share this information today, after asking the ombudsman for advice on how to report this and to whom,” wrote the complainant.

· In late November, a professor allegedly made a comment “belittling” students for not coming to class one Monday due to a threat reported on campus.

The previous Sunday, a Snapchat post indicating there would be a shooting incident on the NIU campus the next day made its way around the internet. Early Monday morning, campus police announced that the threat was not credible.

“She said something along the lines of us students not coming to class on Monday because we were ‘believing an email spread around by an idiot,” the student reported.

“The comments she made after made it seem she felt we missed class for other poor reasons,” wrote the student. “I thought it was extremely insensitive to make that accusation, especially because of all of the tragedies we face in our world today— school shootings have become a reality in today’s society.”

· Also in November, a professor sent a colleague a private e-mail indicating she “feels mistreated based on her gender.” The professor who received the e-mail reported it to the bias team, choosing to remain anonymous because he or she did not want “to have this adversely affect my career.”

· In October, a member of the campus community saw a future NIU baseball recruit tweet “insensitive remarks about a 9-year-old transgender boy.”

“I realize that since this person isn’t really a student yet, the bias reporting form doesn’t really work,” wrote the complainant. “But I wanted to log it in just in case.”

· In the presence of several other students, a member of the school’s marching band allegedly described an African-American student by using the Japanese term for the n-word.

“The student who used the offensive term assured me that he did not use that word, but a related Japanese word, that by his own admission was off-color, but not a racial slur,” wrote the reporter.

“The student who received the offense speaks enough Japanese to recognize the term and be concerned,” they wrote. “I think that the offending student would benefit from some education in this regard.”

· A white woman who was selling products at a “Cultural Block Party” in October told a student her hair was beautiful and went in to touch the young, black student’s hair.

“The white woman went on to talk about another Black woman’s hair and how beautiful it was,” wrote the woman making the report. “The student was cordial but after the woman walked away, I clearly saw the student was upset and uncomfortable.”

· In July, a female graduate assistant received her annual review, which said she would sometimes “give people the wrong impression, by coming across as critical or bossy.”

“It felt weird that they could have ended the sentence after critical, but needed to include that they think I am bossy,” wrote the student. “I felt like they would not have said any of my male peers were bossy,” she wrote.

“I am not sure if any action needs to be taken about this, I just was taken aback and hurt and wanted to say something to someone/anyone,” she wrote, adding, “I don’t know if being called “bossy” means I was being a bad leader, or just a female one.”

· At the commencement ceremony in May 2019, a number of students who used the “preferred/proper name option” while on campus had their “deadname” printed in the graduation booklet.

“This is horribly upsetting and appalling,” complained a student. “These students spent years of hard work and were then horribly disrespected by NIU at their COMMENCEMENT.”

· A student saw a poster on campus that said “Build the Wall” and “Support ICE.”

· A student worker complained that her manager has “singled me out for doing my job while other co-workers have not been told anything for doing the same exact thing.”

“I could just be doing my job and she makes comments like ‘You have to be happier working here’ or ‘Oh it’s you,’” complains the student. “She makes them seem as jokes, but it really does seem as if there is some truth behind it,” wrote the student.

· A student representative to the Center for the Study of Women, Gender and Sexuality Governance Council reported a number of faculty members for opposing creating “all-gender” restrooms in Reavis Hall on campus.

The student obtained a string of private e-mails in which one English professor states she does not want to “sit in men’s pee.”

“The term transgendered is used several times within one email interaction, while as a minor offense shows a lack of competency towards discussing trans and queer identities,” complains the student.

· While browsing Facebook, a student came across an article on giving state student aid to undocumented immigrants and transgender peoples. The student found that an administrator on the NIU campus had commented on it saying “SMH.”

According to the student, the administrator “assumes a person is an undocumented immigrant based on their name, and then states that he is ‘Not concerned about my job or my image.’”

· In a theater history class, a professor was discussing whether Lewis Carroll was actually a pedophile. At one point, the professor began discussing the origins of the word “pedophile,” saying, “I, by Victorian standards, am a pedophile.”

“This was inappropriate and made the class deeply uncomfortable,” wrote a student in the class. “This is a theatre history class and this whole topic could have been handled with more delicacy.”

· A student noticed that a Latino Graduation flyer shared on a Latino Resource Center social media page featured only Latino students affiliated with the Greek system.

“This might be considered unproblematic,” wrote the student, but “this further perpetuates that the Latino Resource Center is preferential to Greek-affiliated students for student jobs, GA positions, or support from the center. The flyer might have been indifferent to who is featured on the flyer but it should be more inclusive of non-Greek affiliated students,” wrote the student.