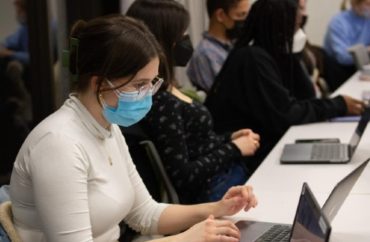 Allows for private meetings where nothing can be recorded

Northwestern University’s Associated Student Government recently voted to allow for private meetings where journalists could be kicked out of the room.

The student government “unanimously approved” the policy on March 8, according to The Daily Northwestern. The newspaper did not provide a copy of the policy and the ASG did not respond to a Fix email on Friday morning that asked for the legislation. Minutes from the meeting can be read here.

The ASG will “provide minutes to journalists for closed meetings, withholding the personal information of speakers,” according to the campus newspaper.

The purpose is to protect students from criticism for their comments.

“This is about how to make sure student activism within ASG can be protected in a way that students can speak and have the freedom to dissent on issues without having this fear that what they say will be blown out of proportion and they will be publicly criticized,” student government member Assem Belhadj said, according to the Daily Northwestern.

“I don’t think any student deserves to have that in an ASG space,” Belhadj said.

Journalists are also strongly encouraged to police themselves at the public meetings.

The Rules Committee also added a section to its code of ethics about recording and documentation of Senate meetings, which “highly encourages” journalists to ask anyone who speaks for permission before quoting them. ASG can’t tell journalists how to conduct themselves, Belhadj said, but the code describes what it expects of journalists to ensure students feel safe about being quoted.

The dean of Northwestern’s Medill School of Journalism criticized the new policy.

“I appreciate the need and desire to protect vulnerable students who may be expressing concerns that make them a target to other members of the community,” Dean Charles Whitaker said, according to The Daily Northwestern. “There has to be a mechanism for allowing those views to be expressed, other than saying that if they are expressed in a public forum, they cannot be quoted. I don’t think that’s appropriate.”