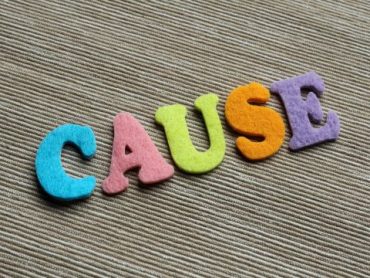 Lo and behold this week the Washington Post comes out with a piece noting that nine out of ten(!!) Native Americans are not — not! — offended by that city’s NFL team name: the Redskins.

B-b-b-but … how can this be? Haven’t we been told that that moniker is racist and offensive? Our president himself had said so. His administration even fought to have the Redskins trademark rescinded, arguing in part that “[t]rademark law says disparaging marks cannot be granted protections, and the government argues that the name has become disparaging over the last century.”

The trademark board even cited polls “suggesting a significant percentage of American Indians consider the name a slur.”

Somehow I doubt it’ll change its mind after seeing this recent one.

Why is this significant? Because cases like the Redskins are actually progressive cause célèbres more than actual grievances of those (supposedly) affected. And then these causes get inflated into the “next, great social justice battle” — opposition to which is evil incarnate.

Earlier this academic year we saw the turmoil over Susquehanna University’s mascot, the Crusader. Former school president L. Jay Lemons led the charge to choose a new symbol, and he criticized his opponents by saying those who invoke political correctness “excuse their own behavior disparaging another’s race, gender, or national origin.”

The college even put out an “educational video” to help explain why the Crusader is offensive.

Here’s the funny thing about Susquehanna’s situation: The original Crusader mascot wasn’t even modeled after the religious soldiers of a millennium ago.

Fast forward to this past Thursday where a Chicago Maroon editorial lamented the “co-opting” of the Black Lives Matter movement. Author Urvi Kumbhat shows how any deviation from the “cause” is to be denounced in the harshest terms:

The Black Lives Matter movement was also manipulatively co-opted by right wing pro-life advocates. Fran Eaton, a white woman, wrote in her blog post that the movement ignored the lives of aborted black babies, and black women who had lost their lives in surgical abortions. Eaton blames Planned Parenthood for diminishing black lives, taking away agency from women who actually chose to have abortions. She oversimplifies the situation, saying “16 million tiny Black lives have perished in abortion clinics,” as though the abortion of fetuses is a crime of the same magnitude as murdering innocent black men.

You see, since being pro-life is antithetical to progressivism, the prodigious number of (black) abortions means next to nothing. The fact that the cited Ms. Eaton is white makes her comments even worse.

Kumbhat just might want to check the definition of “murder,” too, since she writes that “[t]he Black Lives Matter movement emerged in response to murders like that of Trayvon Martin […]” But Martin wasn’t a victim of murder, and neither was another symbol of BLM, Michael Brown. Not to mention, the main basis for BLM has more than a few statistical questions surrounding it.

She continues, saying her article is just “an expression of my longtime disdain for people co-opting stories that were never theirs to tell.”

Right. If those in a particular racial/ethnic demographic deviate from the “cause,” they’re essentially irrelevant. Like Native Americans who don’t consider ‘Redskins” offensive. Or African-Americans who don’t see police shootings as a major threat to their well-being.

In the current debate over transgender bathroom rights, how much of a “problem” was it really before the Obama administration and vocal progressives made it a “cause?” If a guy looked like a girl and used the latter’s restroom — or vice versa — who even noticed? Who even cared?

But suddenly transgender folks have to be permitted to not only “define” who they are no matter what, they have to be allowed to utilize the traditionally sensitive facilities of their choice, like bathrooms and locker rooms. Schools even aren’t permitted to establish something like a locker room “privacy curtain” for transgender students.

And if you have a problem with any of this, well, you heard our Attorney General.

We also hear plenty about “rampant” Islamophobia across America whenever there is the slightest perceived indiscretion against an Islamic individual or group.

The narrative in this case became a “cause” because American society’s anti-Muslim sentiment just had to mean a Muslim student was murdered. Students wanted the president of San Diego State University to resign because he made Muslim students feel “unsafe.”  And Islamophobia had to be the culprit in the murder of three North Carolina students, even though hard evidence proved elusive.

But anti-Jewish hate crimes far outnumber those of anti-Muslim, yet we routinely read about incidents like these on college campuses. Campus anti-Semitism, unlike Islamophobia it seems, is not a progressive “cause.”

Perhaps the greatest progressive cause célèbre of all is diversity. Countless millions are spent in the attempt to diversify student bodies, the hiring of “diversity deans,” and on diversity training, all of which are based on the rather shaky “science” that racial and ethnic diversity somehow equate to educational benefits.

Racial proportionality is virtually a religion among academicians — unless, of course, the proportions favor “underrepresented minorities.” For example, HBCUs — Historically Black Colleges and Universities — are exempt from the “benefits” of diversity even though these institutions’ racial demographics are typically wildly askew from general population figures.

The one diversity factor that would actually contribute to intellectual rigor on campus — that of viewpoint — is often actively discouraged. For, if you deviate from the “cause,” you are “insensitive,” “oppressive,” “racist,” and “hateful” — and that’s only if you get to express your opinion.