If you’re writing fiction, it’s best to keep societal “power dynamics” and histories of oppression at the back of your mind.

That’s one suggestion offered by University of Michigan literature Professor Peter Ho Davies to account for acts of cultural appropriation by fiction writers.

During a recent university-hosted event last titled “Cultural Appropriation — Uh oh, No-no, or #appropo?” Davies, the author of “The Fortunes,” a New York Times Notable Book of the Year in 2016, offered his thoughts on cultural appropriation, referring to it as the “third rail of our current cultural discourse.”

Davies began his talk by responding to Lionel Shriver, author of international best-seller “We Need to Talk About Kevin,” who warned in a speech at the 2016 Brisbane Writers Festival that concerns over cultural appropriation threaten the art of fiction writing.

The professor confided with the audience that as a fiction writer he wants to support that concern, noting “it’s hard not to have some instinctive, defensive, lizard-brain sympathy with Shriver’s counter-assertion that we are allowed to write anything.”

“We value reading in part, after all, as an opportunity to meet the other. To extrapolate empathically into lives very different from our own and to imaginatively inhabit those lives.”

The ability to portray different perspectives, Davies agreed, is essential to the act of fiction writing.

But the professor’s support for presenting different perspectives in literature, which he refers to as “appropriation,” has its limits.

Davies, who is of Welsh and Chinese descent, directed this line of thought at Shriver, who is white: “Of course, that by the same logic, it’s one thing for a writer of color to talk about appropriation and another thing for a white writer to do so, Lionel.”

Concerns over manifesting oppressive power dynamics should be balanced with presenting different perspectives, Davies argued, in an act of “humility.”

“We need, in a sense, to keep both sides in mind, simultaneously,” he said. “Both consciousnesses seem necessary. ‘I am allowed to [appropriate], but it’s damnably hard to do well.’” 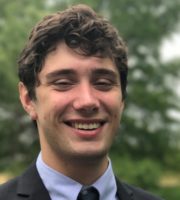