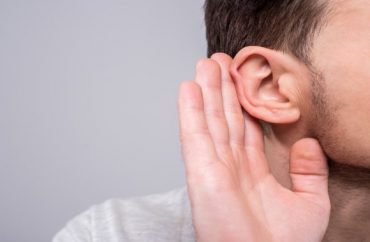 The saga of Harvard Law School’s race protesters continues to snowball with interest.

Not only did they take over the Caspersen Student Center, a “major thoroughfare” on the campus in order to create one of those “safe spaces” college students seem to have an affinity for these days, they also tore down flyers critical of their little confab claiming such had to be approved by them first.

They journeyed over to Brandeis University to interrupt a ceremony honoring their own Law School dean, and perhaps worst of all, allegedly conspired to have to the FBI investigate their critics.

Now, evidence has come to light showing that several professors at the school had worked closely with the protesters.

There was also a meeting nine days later attended by at least fifteen Harvard faculty members.

In perfect Alinskyite tradition, two of the professors at the former get-together congratulated the activists for “creating a crisis,” with Desan adding “it’s a great crisis,” and Hanson “[d]on’t want to waste this opportunity/crisis.”

From the Royall Asses report:

Hanson emphasized the need for the students to “[t]ake advantage of evident racism in the legal system and connect that to this law school,” in order to “[g]et people to the table because they have to respond based on the embarrassment.” Desan similarly emphasized: “Very important that this is about race — keep the focus there.” All three professors endorsed the idea that the students focus on “making people uncomfortable. That’s how you got here and you have to keep doing it.”

The student protesters seemed very receptive to input from the professors regarding where to take their movement, suggesting that they were quite willing to be used by the professors as puppets. For example, they said that they “all agree we have a real moment”; that “we don’t just want you to endorse the demands we’ve put out”; that they want to go “about collaborating with you guys in a partnership”; and that they wanted the professors’ “validation . . . because people are still disrespecting in a very fundamental way. Your voices have the power to help stop that.”

The professors also had some very interesting comments concerning their frustration over their inability, over the years, to push Harvard Law School further to the left than it already is. Hanson, in urging the need to take advantage of the crisis the students had created, commented that the leftists on the faculty had been “waiting forever to do this.”

The Dec. 5 notes also show how Professor Mack wanted to assist the activists in establishing a critical race theory program:

Want to put together critical race t[h]eory position. Got two crit race theorists to visit in the last 10 years. Neither has been voted on by faculty, don’t know what happened to them. We get lots of others through, but somehow our 2 leading crit race theorists didn’t get through.

Desan pointed out how “lots of faculty buy in/activism in the 80s” but the 1990s were “quieter.”

Well, that’s an easy one: Conservative villain Ronald Reagan was president in the 80s, while Democrat Bill Clinton was chief exec in the 90s – you know, the husband of the current presidential candidate to whom 91 percent of Harvard faculty donations go.

She continued, noting that it’s “very important that this is about race – keep the focus there,” with Hanson adding “[g]et people to the table because they have to respond based on the embarrassment.”

All three professors endorsed the idea of “making people uncomfortable”: “That’s how you got here and you have to keep doing it.”

At the December 14 meeting, Carter Professor of General Jurisprudence, Emeritus Duncan Kennedy urged the activists to “[g]ive faculty sense of HOT demands” and said they “should detail microaggressions to emphasize that ‘the school is really unpleasant for a lot of us . . . .’”

Protesters should “[s]cream and yell at faculty . . . [a]nd just keep demanding professors to do something about it!” he said.

“Scream and yell,” eh? How lovely.