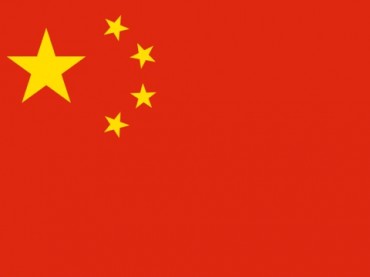 Officials at the University of Notre Dame are contemplating opening a satellite campus in China, but the discussion has prompted concern among some faculty who say the notion runs afoul of the school’s Catholic identity and, if approved, would appear to condone some of the communist country’s anti-Catholic policies.

The partnership under consideration would be a joint residential liberal arts college with Zhejiang University at the school’s new international campus in Haining, China.

The college would open for the 2017-18 academic year and is projected to admit 1,000 undergraduate students, 70 percent Chinese and 30 percent international, according to Notre Dame officials. The college would operate autonomously, directed by a governing council, comprised of members from Zhejiang University and Notre Dame and chaired by the presidents of both universities. A white paper on the subject was authored by J. Nicholas Entrikin, Notre Dame’s vice president and associate provost for internationalization, and Jonathan Noble, the university’s assistant provost for Asia. Circulated to Notre Dame faculty in October, it states that the international campus “will be composed of six colleges and institutes, each developed in joint partnership with North American and European university partners … This past summer Notre Dame and [Zhejiang University] signed an agreement to hold bilateral discussions about the feasibility of this joint venture.”

Fr. Bill Miscamble, professor of history, argued that it was wrong for Notre Dame as a Catholic university to pursue the discussion any further. Citing the Chinese government’s persecution of the underground Catholic Church in China, as well as the state-sponsored People’s Church, he argued that Notre Dame’s involvement might “indicate that somehow or other, Catholics in America are tolerant of vast human rights abuses.”

John Cavadini, professor of theology and director of Notre Dame’s Institute for Church Life, posed questions about the possible restrictions that could be placed on Notre Dame in China.

“I wonder if we’ll be able to be ourselves in China,” Cavadini said at the December meeting. “Can we have a chapel there in which Mass is celebrated and in which there are no restrictions on who can come to Mass? Or are we going to censor ourselves and the Holy Mass? I wonder if Catholic theology will be taught and will be available and open to all students.”

And Fr. Bill Dailey, a law lecturer, said that in the last three years, at least one-third of all those seeking asylum in the United States were from China. He noted that there is a list of countries with which Notre Dame would never consider such a proposal, noting in particular those led by Kim Jong-un or Bashar al-Assad.

But John McGreevy, dean of the College of Arts and Letters, said at the conclusion of the forum, “I tend to think of it more as opportunities for our faculty to become globalized than what we’re going to do for liberal arts education in China, but that might be significant too.”

While acknowledging the importance of questions about academic and religious freedom, McGreevy said, “I think engagement is a much wiser long-term strategy for Notre Dame than what I might call a puritan strategy, that is, we can’t engage in China in any serious way.”

When contacted by The College Fix for an update on the status of the China campus discussion, Entrikin’s office directed the reporter to university spokesman Dennis Brown. Brown also declined to comment.

There are unconfirmed reports that Notre Dame may send a delegation to Zhejiang University for further deliberation sometime in the near future.

College Fix reporter Alexandra DeSanctis is a student at the University of Notre Dame and managing editor of the Irish Rover.