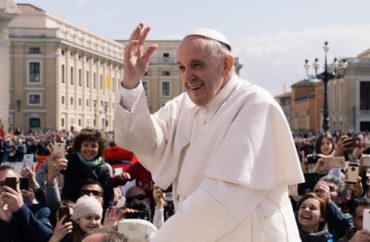 A University of Notre Dame researcher spoke to more than 25 U.S. bishops about the state of Catholic life in America and found that Pope Francis is not inspiring men to consider the priesthood and join seminary.

“When pressed, none of the bishops I queried could report a single diocesan seminarian inspired to pursue priestly life by the current pope,” Francis Maier wrote in an article for First Things that described his initial findings. Maier is a “senior research associate” at the Catholic university and conducted the research as part of the Constitutional Studies program.

Though “[m]any praised [Pope Francis’] efforts” to reform the Vatican to better support the work of bishops, none of the bishops could point to a young man who had been inspired to consider the priesthood by Pope Francis. There are about 200 U.S. bishops so Maier’s research includes about 12 percent of all U.S. bishops.

Maier responded to a College Fix email seeking a full copy of the report and further comment on the findings and said he would respond. The Fix followed up but did not receive a response in the past week.

While the report calls into question Pope Francis’ influence on men considering the priesthood, one seminary president and Catholic priest said there is more to understand about the issue.

John Kartje teaches and is the rector at Mundelein Seminary in the north suburbs of Illinois. The seminary typically takes in students not just from the Archdiocese of Chicago, but from 25 to 30 other dioceses in the U.S. and some international students, Kartje said.

“I’m ultimately responsible for the entire formation program,” Kartje told The Fix via a phone interview. He has regular contact with men considering the priesthood.

“As the rector I am ultimately responsible for our faculty accompanying our men as they go through that process and acquire those skills,” Kartje said. He also interviews applicants to the university, so he has a pulse on what inspires seminarians.

“I think I would just say, that if you actually sat down with all the seminarians [under the bishops] and none were influenced by Pope Francis, that would be a noteworthy statistic,” Kartje said. He said the answers from the bishops could have just been an “off-the-cuff statement.” Kartje said that the formation process is long, so as time goes by, there may be more seminarians who are influenced by Pope Francis.

“I haven’t encountered seminarians who would attribute their entire vocation to a particular pope,” Kartje said.

“I would say for most seminarians today (early 20s to early 30s), the pope they would have grown up with would be Pope Benedict, so it remains to be seen,” Kartje said, if Pope Francis will have an effect.

“Each papacy brings its own influences on the faith,” Kartje said, and said he believes that the Pope’s influence can be seen “largely along the lines of his constantly talking about going to the margins of society, going to the underserved.”

“There’s an influence with what the pope tends to emphasize,” Kartje said, “but at the end of the day if it’s a true vocation, it’s within the man himself.”

Seminary could not identify a student inspired by the current pope

The Fix reached out to Matt Paolelli, a spokesperson for Mundelein, to ask him for comment and to see if he could connect The Fix to a seminarian who felt inspired by Francis to join the seminary. Paolelli connected The Fix to Kartje.

Paolelli said he was not able to find a seminarian at Mundelein who could speak about how the current pope influenced his vocation.

“Unfortunately my lead on a seminarian fell through,” Paolelli told The Fix via email.

He followed-up with The Fix on March 22 with additional comments.

“There are many factors influencing Mundelein seminarians as they follow the prompting of the Holy Spirit to explore a vocation to the priesthood,” Paolelli said.

“We have not surveyed our students to know definitively if Pope Francis was the sole source of any individual’s call, but our seminarians certainly respect and follow the Pope’s example of prayer, humility and service as they prepare for a life of ministry as parish priests,” the spokesperson said in his additional comments.

Since Pope Francis’ election in 2014, numerous commentators have raised the idea of a “Francis Effect” — the idea that the new pope would inspire people to return to the Catholic Church and renew the Catholic community.

The Fix reached out to John Gehring, an instructor at American University and an author about the book on the topic, to ask him for comment on the report.

In 2017, Gehring published a book titled “The Francis Effect: A Radical Pope’s Challenge to the American Catholic Church.”

The book said that Pope Francis would inspire a positive change in the Catholic Church, including in how it views politics, charity and social justice. The book also asserted that the pope would change how seminarians in formation think and how they end up ministering.

The Fix emailed him twice in the past two weeks to see if he had comments on Maier’s findings on how they should be understood with regard to the existence of a Francis Effect but Gehring did not respond.

Editor’s note: The article has been updated with additional comments from the seminary’s spokesperson.