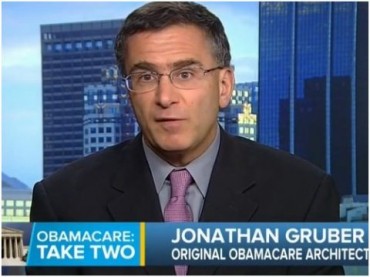 Massachusetts Institute of Technology economist Jonathan Gruber was recorded on video months ago stating “‘the stupidity of the American voter’ made it important for him and Democrats to hide Obamacare’s true costs from the public.”

Saying he’d “rather have this law than not,” Gruber noted keeping the costs hidden was “really, really critical for the thing to pass.”

The guy dubbed the “Obamacare architect” is a viral YouTube sensation. A few months back, he was caught on tape admitting that Obamacare doesn’t provide subsidies for federally-run insurance exchanges; it’s now the topic of a new case before the Supreme Court. Today, new video surfaced in which Gruber said that “the stupidity of the American voter” made it important for him and Democrats to hide Obamacare’s true costs from the public. “That was really, really critical for the thing to pass,” said Gruber. “But I’d rather have this law than not.” In other words, the ends—imposing Obamacare upon the public—justified the means.

The new Gruber comments come from a panel discussion that he joined on October 17, 2013 at the University of Pennsylvania’s Leonard Davis Institute of Health Economics. He was joined on the panel by Penn health economist Mark Pauly. Patrick Howley of the Daily Caller was the first to flag Gruber’s remarks.

In fairness to Gruber, American voters are not the only people whose intelligence he questions; elsewhere in the discussion, he describes New York Sen. Chuck Schumer (D.) as someone who “as far as I can tell, doesn’t understand economics” and calls a staffer for Sen. Olympia Snowe (R., Maine)—presumably William Pewen—an “idiot.”

Earlier today, Gruber attempted to walk back his remarks, saying he was speaking “off the cuff” and dubbed his comments “inappropriate”:

Read the full Forbes article and The Corner post.