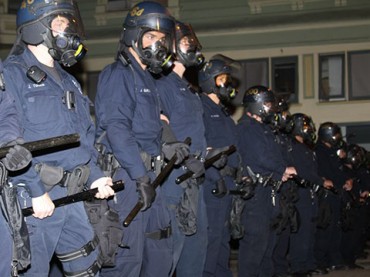 The case concerns Otterbein University’s police department and its criminal records, the subject of records requests by an Otterbein student writing for a campus media outlet, Otterbein360.com.

Whether a private university’s police force counts as a “public office” is at the center of the dispute. Otterbein’s security department became a police department in 2011, the school announced then.

Unlike its predecessor, the new department has “full police authority on campus owned or controlled property,” including “criminal investigation duties, arrest authority, responding to crimes in progress, confiscation of evidence and contraband, search and seizure authority and other traditional police responsibilities,” the school said.

The dispute goes back nearly two years. Otterbein360’s print counterpart, the Tan & Cardinal, said in a September 2012 staff editorial it would have to reduce its police report to “one sentence or phrase explanations to the crimes that are reported around campus each week” under a new “public information policy” issued by the police department.

“This means that we can’t tell you if the sexual assault that was reported in Garst Hall Sept. 5 involved two Otterbein students or an outsider,” whether “the suspect was caught or if the case was dropped,” or even whether the perp “was only given a misconduct violation through the university, which would not go on a record,” the editorial said.

Police chief Larry Banaszak told the paper the police will only release some information on a case-by-case basis because the school wants to be “sensitive to alleged victims and alleged suspects.” So does the Tan & Cardinal, the editorial said: “That’s why we never publish names, or even pronouns, in our articles until real charges are filed — and not even then, in the case of a sexual assault.” According to Schiffbauer’s February affidavit to the state Supreme Court, Dean for Student Affairs Robert Gatti first denied the news editor’s request in December and denied it again in January after Schiffbauer filed the request directly to Banaszak, the police chief. The affidavit lists nearly 50 criminal reports and their “offense dates.”

Banaszak and Gatti filed a joint motion telling the court that Otterbein’s police department is “not a separate legal entity” from the school, but rather “an internal department” of the private university, meaning it’s not a public office.

It is “vested with the quintessential public function of plenary police power to enforce the laws and preserve the peace,” and it exercises “these plenary police powers over students, visitors, and employees on Otterbein property, and in the City of Westerville through a mutual aid agreement,” the attorney general said.

“Like other law enforcement agencies, it clearly meets the definitions of a public office, the functional equivalent of a public office, and an institutional person responsible for public records, any one of which renders its law enforcement records subject to the requirements of the Public Records Act,” DeWine said, calling any police department’s attempt to evade the law “serious and potentially irreparable.”

Student Evan Matsumoto noted in an October column on Otterbein360 that a rape had been reported the previous week and the police didn’t release a crime alert “because the suspect was in custody and was not a threat to the campus community.”

Otterbein360 similarly reported in October on a professor’s alleged “sexual imposition” toward a student five months after it happened because the police refused to provide the incident report, Matsumoto said. The paper had to wait until charges were filed in August to learn the accused person’s identity through court records, months after he had retired.

“If Westerville police respond to a crime, the records produced are public and subject to inspection by anybody,” Matsumoto said: “Why isn’t the same true for the Otterbein Police Department?”