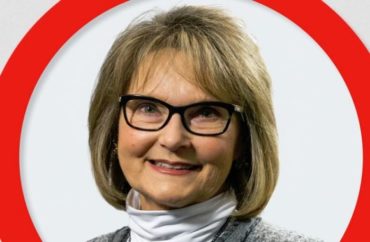 ‘What is biological sex?’ What is the definition of that? There are so many definitions out there’

The new Ohio State Board of Education vice president recently wondered at an executive committee meeting whether there are, in fact, two biological sexes.

Martha Manchester, who’s held her current position since March, made the comments during consideration of a resolution opposed to the Biden administration adding gender identity to Title IX protections.

The “Resolution to Support Parents, Schools, and Districts in Rejecting Harmful, Coercive, and Burdensome Gender Identity Policies and to Protect Federal Funding Subject to Title IX” states that biological sex is “not arbitrarily ‘assigned at birth’ but rather […] an unchangeable fact.”

It also says the potential Title IX modifications “would require that K-12 schools socially transition minor children to a different gender without requiring parental consent” and that sports teams “be based on gender identity rather than biological sex, forcing women and girls to compete on an unfair basis against males …”

“How can we sit here and say, ‘No, there’s just one, and that it’s scientific fact,'” Manchester continued. “I guess that would be the issue I take with that right at the beginning, is that it’s not scientific fact. If we look at the science, there are many different things, and why, I don’t know, but there are, and we need to be honest about that I think.”

The VP of the Ohio State Board of Education, Martha Manchester, doesn’t know what biological sex is.

“I was amazed at all the definitions that there are for biological sex.

“And how can we sit here and say ‘No, there’s just one’ and that it’s scientific fact.” pic.twitter.com/cOkKHjJT00

The Ohio State Board of Education will hold another executive committee meeting on the matter November 14.

WCMH notes the proposed Title IX changes “remain unenforceable” until the U.S. Department of Education looks at “more than 200,000 comments” from this past summer’s public comment period on the topic.

According the Ohio Department of Education website, Manchester has a BS in Education and is founder of the Rainbow Nursery School. She previously served as a special education teacher in Ohio’s public schools.

MORE: Scholar booted from APA discussion after suggesting there are only two sexes