Ohio State University currently employs more than 100 workers whose jobs are dedicated to diversity and inclusion, according to information recently compiled using the most recent salary reports for the public university.

The research found that the salary and benefits costs come in at over $10 million dollars annually, according to Professor Mark Perry of the University of Michigan-Flint, who conducted the research.

According to Perry, that annual cost is enough to cover the tuition of approximately 882 in-state students or 303 out-of-state students.

“I have long been a critic of ‘administrative bloat’ in higher education, and the explosion of diversity officers is just one example of that bloat,” said Perry, a professor of finance, business and economics.

Of the 100-plus employees, they consist mostly of non-faculty positions in the Office of Diversity and Inclusion, such as provosts, directors, assistant directors, managers, equity investigators, administrative assistants, and “academic encouragers.”

Ohio State media relations division did not respond to multiple requests for comment. The College Fix sought information on the job responsibilities and duties of these employees.

The Office of Diversity and Inclusion also did not respond to The College Fix’s requests for comment.

In interviews with The College Fix, a couple of current Ohio State students said that they don’t have much interaction with the diversity and inclusion office other than emails they get from the department about events and other announcements.

Another thing the students noted is that the office sends out campuswide emails to respond to incidents of bias and that they are unsure of how effective the division is at creating unity.

From Perry’s perspective, he argues the office represents administrative bloat and refers to the employees as “diversicrats.” He said these costs continue to increase and build upon themselves.

Compared to an analysis done by The College Fix in 2018, the number of employees that fall into this category at Ohio State has increased by 21 and their total salaries have gone up almost $3 million dollars.

Perry, citing data from the Bureau of Labor Statistics, points out that college tuition, fees and textbook costs have increased more than any other good or service analyzed besides hospital costs between January 1998 and June 2020, inflating about 180 percent compared to the overall standard inflation rate of 58.8 percent between those dates.

He adds that the high spending on diversity measures has contributed heavily to these cost spikes, boiling over to a greater barrier to entry into college and higher student loans.

Instead, he said, such offices draw lines strictly around race and gender.

“In the upside down world of diversity in higher education what they are really promoting is uniformity – uniformity of thought about race and sex that is left-leaning and Marxist, and therefore very dangerous,” the professor said. 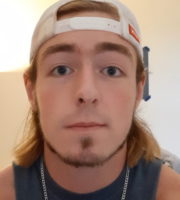