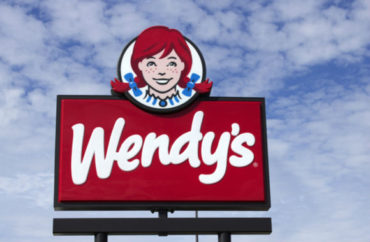 One of the top goals of “sustainability” activists is making food progressively more expensive for low-income people, so it was no surprise that they targeted a Wendy’s franchise at Ohio State University.

What is surprising: The administration ignored them.

The Lantern reports that three years of disruptive activism to get Columbus-based Wendy’s kicked off campus – including protests at Board of Trustees meetings and a hunger strike – have utterly failed:

Ohio State renewed its contract with Columbus-based fast-food chain Wendy’s, despite years of student protest alongside the Coalition of Immokalee Workers, a worker-based human rights organization that aims to improve working conditions for farm workers.

The renewed lease will keep Wendy’s at its Wexner Medical Center location for three more years. OSU recently extended the company’s interim lease an additional two months, which was less-than coincidental to student-protesters and members of the CIW.

Activists wanted to hold Wendy’s hostage until it joins the “Fair Food Program,” which allegedly helps tomato pickers. OSU said it had reached an agreement with Wendy’s to abide by a “new code of conduct” that ensures tomato pickers will work “under safe and appropriate conditions.”

Activists are not dispirited yet, claiming there’s a “nationwide Wendy’s boycott” that is “stronger than ever, and grows by the day.”

A Change.org petition by the Immokalee group reached 70,000 signatures nine months ago. When it hit that milestone, the organizers claimed they were “getting thousands more every week.”

Nine months later, the petition has drawn an additional 7,453 signatures.

The late Wendy’s founder Dave Thomas not only starred in memorable commercials for the chain, but he also put his money behind adoption efforts, himself an adopted child.