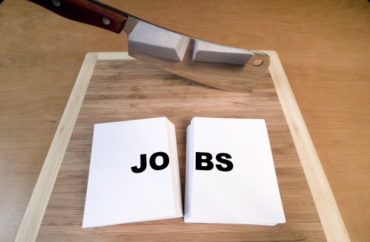 Facing an estimated $30 million shortfall due to the coronavirus epidemic, Ohio University this week laid off 140 unionized staff members, plus three faculty members in the African American Studies and Women’s, Gender and Sexuality Studies departments.

The move to cut faculty members in the humanities was sharply criticized by some professors at the public research university in Athens, Ohio.

A petition has been started by a group calling itself “Save Our Profs” in an effort to protect faculty jobs. To date, the petition has nearly 3,000 signatures.

“Some departments cut in half, others may not survive at all,” wrote Burgess. (She later apologized for her use of the word “massacre,” as it might have set off some “triggers.”)

Political scientist Kristine Taylor tweeted she was “heart-sick” that the university began by laying off tenure-track faculty in African-American Studies.

And I worry that this is the canary in the coal mine for other universities. Are any other institutions doing this?

“That the administration started with African American Studies — the first such department in the State of Ohio — is doubly sickening,” tweeted Taylor.

Among the non-faculty 140 university employees let go are custodians, groundskeepers and maintenance staff.

“The majority of the institution’s operational costs are in its employees, which requires the university to make extremely difficult decisions regarding our workforce, including today’s action,” OU spokesperson Carly Leatherwood told local news outlets on Friday.

“Ohio University recognizes and regrets the difficult impact this will have on our valued employees, their families, and our community at large.”

In a e-mailed statement to The College Fix on Monday, Leatherwood said the school’s academic deans “have begun revising plans for reductions in their colleges,” but that “no faculty reductions have been finalized at this point.” She added that “no academic programs have been or will be eliminated at this time.”

“Any program elimination will go through the appropriate shared governance process as documented in our Faculty Handbook,” Leatherwood said.

Last week, OU President M. Duane Nellis issued a letter to the university community titled “Persevering in uncertain times” in which he laid out the school’s strategy moving forward.

Warning of “difficult, even painful, decisions in the days, weeks, and months ahead,” Nellis noted that if the state of Ohio were to reduce aid to the university by 20 percent, as Gov. Mike DeWine has suggested, it could cost the school $8 million this year and $35 million next year.

In the letter, Nellis indicates the school will be accepting the $9.7 million in aid provided by the federal CARES Act, passed in early April. The university’s endowment currently stands at nearly $570 million.

Nellis noted that for the upcoming fiscal year he will take a 15 percent reduction from his base salary of $489,357.

The letter does not directly address faculty reductions, only saying the plan, moving forward, “will touch every area of the University, and it will have a difficult and direct impact on us all.”

Some faculty members, however, are charging that the university is using the coronavirus pandemic as a pretense for eliminating humanities departments.

Even before the COVID-19 crisis hit, schools around America had been scaling back on the humanities and shifting toward more employment-friendly majors such as STEM and computer science.

In an essay in The Daily Nous, OU Associate Professor of Philosophy Scott Carson called the humanities “an essential component in any institution that seeks to bring forth well-rounded, intelligent, humane, and civilized people.”

“Philosophy is by no means the only department at Ohio University being gutted by this crisis, but along with other disciplines in the Humanities it stands to suffer the most in terms of its ability to deliver a high quality education to those students who still choose to come here,” Carson wrote.

On Monday, the American Association of University Professors Ohio University Chapter issued a statement condemning the firings of the humanities instructors.

“The ostensible decision not to renew the three faculty members in Women’s, Gender, and Sexuality Studies and in African American Studies will irremediably weaken or destroy programs that directly support diversity and inclusion, one of Ohio University’s primary institutional commitments,” the group wrote.