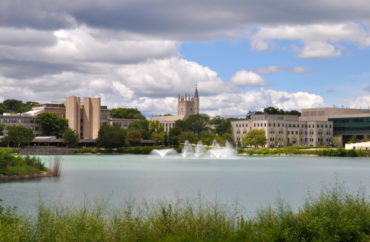 School had previously been mum on accepting funds

Northwestern University’s administration announced on Tuesday that it would reject $8,521,175 from the U.S. Department of Education as part of the federal Coronavirus Aid, Relief and Economic Security Act that passed in early April of this year.

Northwestern, located just outside Chicago, boasts the tenth largest university endowment in America at $11 billion, according to the Chronicle of Higher Education.

Over the past several days, officials at the prestigious, private institution declined multiple requests by The College Fix to comment on whether administrators would be accepting the federal funds offered by the COVID-19 relief package.

Other prestigious schools with large endowments have announced they will decline the federal funds. Last week, Harvard, Princeton, Stanford, and several other schools answered public pressure by turning away millions in taxpayer money meant to stabilize the schools while they are shut down during the COVID-19 outbreak.

Harvard, which was slated to receive $9 million in CARES Act money, has the nation’s largest endowment, at $41 billion. Ivy League schools in total were set to receive $53.6 million in taxpayer money despite a combined $140 billion in endowments.

Pursuant to the CARES Act, half the money allotted to schools must be spent on emergency financial aid grants to students.

On April 10, a spokesperson for senior vice president for business and finance Craig Johnson told the Northwestern student newspaper that it was too soon to answer questions about how the university would allocate the funds, as administrators were awaiting federal guidance.

The CARES Act, which distributed a total of nearly $2 trillion to taxpayers in coronavirus relief, set aside nearly $13 billion in emergency funds for American universities. The formula for distribution to individual universities factors in the number of Pell Grant recipients the school has, plus the school’s enrollment.

On April 16, after the Northwestern campus shut down, university President Morton Schapiro issued a community letter in which he said the school’s fundraising would be severely hampered due to the coronavirus pandemic.

In the letter, Schapiro notes that the university’s decision to refund room and board and student fees for the spring quarter will cost the school $25 million in revenue.

But Schapiro also wrote the university’s endowment was not established to “fix budget shortfalls or manage crises,” but instead “to provide key resources needed to preserve our mission of academic excellence and research eminence far into the future.”

Among other actions to preserve the economic standing of the school, Schapiro committed to protect the school’s endowment, which he wrote “represents a strong fiscal foundation that must serve Northwestern in perpetuity.”

According to Education Department spokeswoman Angela Morabito, only 60 percent of eligible institutions have applied for the CARES Act money after the funds were made available.

Duke University, a prestigious institution with an $8.5 billion endowment, is one of the schools eschewing the federal funds.

“After careful review, we believe that accepting the funds, even as a pass-through entirely to students, would impose unacceptable legal and regulatory liabilities on Duke that could have a significant negative impact in the future,” said Duke university in a prepared statement obtained by the Chronicle of Higher Education.

According to the Chronicle, some schools have been put off by both by the legal strings attached to CARES Act awards and the political blowback that might accompany acceptance of the funds.

On Tuesday of this week, Northwestern extended its stay-at-home order for “non-essential” university employees to May 31.