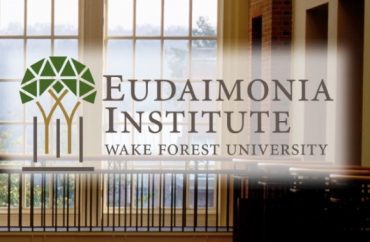 In the aftermath of the Middlebury College riot — which left one professor in a neck brace and a nation left to ponder how far the war against intellectual diversity at universities has advanced — a statement by conservative Professor Robert George and liberal Professor Cornel West called on academia to defend “Truth Seeking, Democracy, and Freedom of Thought and Expression.”

Among the Princeton statement’s many co-signers is Nathan Hatch, president of Wake Forest University.

And now, less than a month after President Hatch took a stand for the importance of listening “attentively and respectfully to intelligent people who challenge one’s beliefs and who represent causes one disagrees with and points of view one does not share,” his dedication to such a cause is being tested.

A cadre of Wake Forest University professors are incensed over an academic center on campus dedicated to – wait for it — “genuine human flourishing.” Its existence has sent scholars on the warpath. They’ve demanded that the university censor and defund the Eudaimonia Institute.

The reason? It’s partially funded by the Charles Koch Foundation*, declaring the funding arrangement violated academic freedom. They also claim the center is trying to “convert students to their free market ideology.”

They want to exert control over the institute’s research and public statements. So much for academic freedom!

Meanwhile, these faculty conveniently ignore openly biased centers on campus. As Naomi Schaefer Riley notes in The Wall Street Journal: “The controversy is even more ridiculous when considering the differences between the Eudaimonia Institute and other Wake Forest centers. Take the Pro Humanitate Institute, whose executive director, Melissa Harris-Perry, made a name for herself as a progressive activist on MSNBC. That institute does not pretend to ask life’s big, open-ended questions. Rather, its mission statement declares that its purpose is ‘connected to clear practices with meaningful social justice outcomes.'” (President Hatch responded to Schaefer Riley’s column in an April 11 letter to the editor in The Wall Street Journal.)

Now is the time for President Hatch to take a stand for what is right and good. A center dedicated to investigating “the nature of eudaimonia, or genuine human flourishing, and the political, economic, social, and cultural institutions that encourage and discourage it,” surely is a worthy academic pursuit.

But Hatch’s silence on the matter, aside from his WSJ letter to the editor, has some worried he might cave, might buckle like so many feckless campus presidents before him who cower before left-leaning scholars who wield hyperbole and empty accusations to shut down opinions they despise and get their way.

A 4,100-word feature on Hatch in the Winston Salem-Journal in Aug. 2015 painted the picture of a man with a deep commitment to doing everything he can to improve his university.

Described as a “religious scholar and historian at heart,” the feature noted Hatch is “never the showiest person in the room but often the smartest, [and] has been able to rise to his current post by studying leadership with as much attention and focus as he did America’s religious history.”

“He is a man of vision, a man of extraordinary dedication,” Reid Morgan, senior vice president and legal counsel, told the paper. “He delegates well. His administrators feel empowered.”

Said Hatch: “We’re just trying to be the best Wake Forest we can be.”

Then live up to that commitment. Shutting down an academic center dedicated to the study of genuine human happiness and fulfillment because it’s partially funded by some free-market libertarian billionaires would be a dark mark on an otherwise strong legacy under construction at Wake Forest.

Let us hope reasonable minds and academic freedom prevails. It has a good chance. About 50 faculty members have signed a petition in support of the Eudaimonia Institute to that end.

Meanwhile, an enterprising student writer at the Wake Forest Review has published an analysis detailing numerous “false claims” made by faculty seeking to shut down the center. A new student petition “to support the free thought and expression of faculty at Wake Forest” has also been launched.

“We stand for academic freedom for all faculty in their independent pursuit of truth and knowledge in their scholarly and creative activities, in their teaching, in their publishing, and in their public presentations,” the petition states.

The ball, ultimately, is in Hatch’s court. But as a historian he should know that tyranny does not allow the human spirit to flourish, and the tyranny of the academic left is a cancer eating away at the heart of his institution right now.

Hatch must take a strong stand for academic freedom at his own university as he did when he signed the Princeton declaration.

For as the statement so beautifully articulates: “All of us should be willing—even eager—to engage with anyone who is prepared to do business in the currency of truth-seeking discourse by offering reasons, marshaling evidence, and making arguments. The more important the subject under discussion, the more willing we should be to listen and engage—especially if the person with whom we are in conversation will challenge our deeply held—even our most cherished and identity-forming—beliefs.”

Editor’s Note: This article has been amended to include references to President Hatch’s April 11 letter to the editor in The Wall Street Journal.