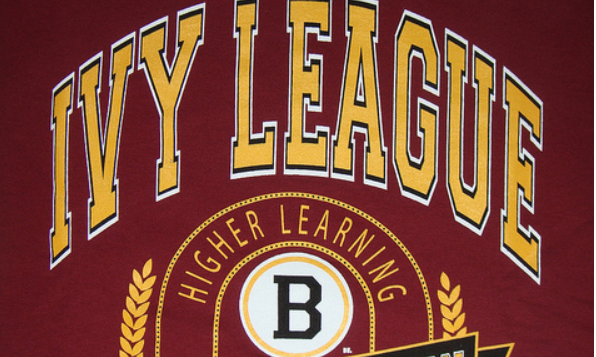 Women who earn Ivy League degrees have a duty to stay in the workforce.

That’s the take away from an opinion column in The Guardian on Sunday by Keli Goff, herself an Ivy League alum, who wrote the piece in response to another controversial op-ed that advised Princeton women to find a husband while in college.

I am not someone who believes that every woman should be made to feel as though they must choose between being committed to their children or committed to the sisterhood of women’s advancement. But I do consider any Harvard Law School degree obtained by a woman who then chooses not to use it in any sort of professional capacity throughout most of her life a wasted opportunity. That degree could have gone to a woman who does want to spend her entire life using it to advance the cause of women – or others in need of advancement – not simply advancing the lives of her own family at home, which is a noble cause, but not one requiring an elite degree.

…Perhaps instead of bickering over whether or not colleges and universities should ask us to check boxes declaring our racial identity, the next frontier of the admissions should revolve around asking people to declare what they actually plan to do with their degrees. There’s nothing wrong with someone saying that her dream is to become a full-time mother by 30. That is an admirable goal. What is not admirable is for her to take a slot at Yale Law School that could have gone to a young woman whose dream is to be in the Senate by age 40 and in the White House by age 50.

Adding insult to injury, Goff’s column also alleges many women attend Ivy League schools to find potential mates, and those who deny it are likely liars.

Here’s the politically incorrect reality: some women do select institutions of higher education, and certain degree programs, based on the likelihood of such programs to introduce them to men. Specifically men who are likely to become more than just dates, but potential mates – ones who may just have extra potential for professional success based on their ability to get into an elite school.

Anyone – feminist or otherwise – who tries to deny this is either lying or extremely naïve.

Wow. In Goff’s worldview – women don’t make out so well. They’re either shallow because they allegedly hunt for a mate at the VIP college lounge (this despite what it took personally to be accepted at such schools) – or they’re shallow because they fall in love, get married, have children, and leave the workforce, which in Goff’s opinion puts family before the more-important collective.