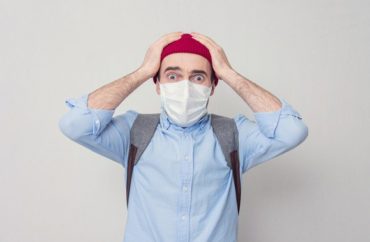 On Wednesday, a face-masked high school distance runner in Oregon collapsed unconscious on the track a few meters from the finish line — due to what her coach deemed “complete oxygen debt.”

According to The Bulletin, despite Summit HS 800-meter star Maggie Williams’ fall (below), she slid across the finish recording a blazing time of 2:08.45, a school record.

Maggie suffered a burn to her face along with scraped elbows and knees. “I was pushing so hard and everything went blurry and I just fell,” she said.

After the race, Coach Dave Turnbull took issue with the state’s rules which require face masks even on competing distance runners outdoors.

“I am concerned with the mask rule,” Turnbull said. “This is what I am worried about and I said this at the beginning of the season. You get a kid running the 800 with a mask on, it is actually dangerous. They don’t get the oxygen that they need. This rule needs to change.

“Unfortunately in Oregon we have to follow the OHA (Oregon Health Authority). And the OHA is not reasonable. I would like those people to come out and run an 800 with a mask on.” 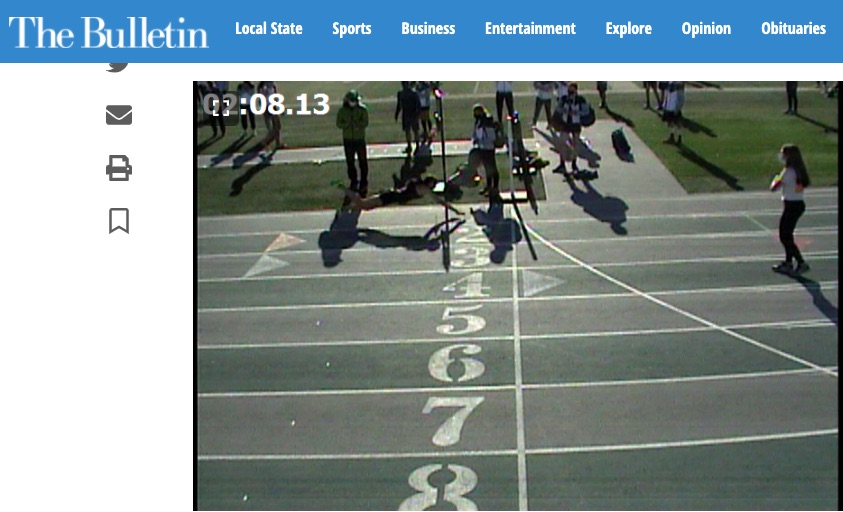 The Oregonian sports writer John Canzano, who calls the mask rule a “ridiculous mandate,” notes Oregon is the only state in the Union with such a requirement. In a Friday column, he quotes a veteran Oregon track coach as saying the rule “is absolute craziness.”

“Are we going to wait until something catastrophic happens?” the coach asked. “So irresponsible by the authorities.”

Turnbull was so moved he wrote a letter to the OSAA, the state’s governing body on high school sports, on Friday morning. He imploring them to lobby officials to revisit the mask mandate for runners. He’s not alone. I’ve heard from a half dozen long-time high school coaches this week who are puzzled by the bureaucratic stance taken by our state. …

The OSAA ought to be in the business of helping protect high school athletes. It should not leave the state coaches, parents and this columnist alone to demand a sensible fix. The Oregon Health Authority needs to ask why it’s fine with civilian runners being maskless outdoors but not good with children running maskless on a track or at a cross country meet. And Oregon Gov. Kate Brown needs to recognize the absurdity of the current exemption and do what other states have already done.