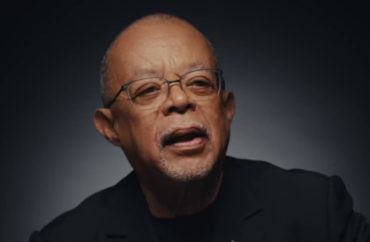 The Oxford University Press this week announced creation of a new Dictionary of African American English project that will catalog the speech of America’s black residents throughout the nation’s history.

According to OUP, the dictionary’s subjects will range from “hip” to “diss.” The three-year project will be overseen by Harvard professor and historian Henry Louis Gates, Jr. (pictured)

“At OUP we’re proud to be initiating this timely and important project with the team at Harvard,” says President of Oxford Languages Casper Grathwohl on the press’ website.

“African American English has had a profound impact on the world’s most widely spoken language, yet much of it has been obscured. The ODAAE seeks to acknowledge this contribution more fully and formally and, in doing so, create a powerful tool for a new generation of researchers, students, and scholars to build a more accurate picture of how African American life has influenced how we speak, and therefore who we are.”

According to OUP, the project will be funded in parts by grants from the Mellon and Wagner Foundations.

African American English, with its roots in African languages and creoles, has been a major influence on the development of English vocabulary, particularly in the 20th and 21st centuries, contributing full categories of words and phrases that have had a profound impact on the way that English is used in the United States and the rest of the world, according to OUP.

“A large body of research has shown AAE to be a distinct, rule-governed, systematic, robust, and stable language variety with much depth for serious linguistic scholarship and documentation,” OUP says. “Its lexical features are the results of the natural evolution of a living language used by a people with a rich, diverse history and vibrant culture.”

“Alongside meaning, pronunciation, spelling, usage, and history, each entry will be illustrated by quotations taken from real examples of language in use,” OUP says on the project’s website. “This will serve to acknowledge the contributions of African-American writers, thinkers, and artists, as well as everyday African Americans, to the evolution of the US English lexicon and the English lexicon as a whole.”

Gates said the project is “a dream I’ve nurtured since I first studied the pages of Samuel Johnson’s Dictionary of the English Language: to research and compile fully and systematically the richness of African American English, using the lexicographical tools and historical principles that the Oxford English Dictionary embodies, including examples of usage in Black literature and discourse from their earliest manifestations to the present.”

“This massive project draws upon decades of scholarship from the most sophisticated linguists, especially those colleagues who have graciously joined this project as members of our advisory board, as well as the vast academic resources at Harvard’s Hutchins Center for African and African American Research, and the crowd-sourced contributions of speakers of African American English as well.”

“This will serve to acknowledge the contributions of African-American writers, thinkers, and artists, as well as everyday African Americans, to the evolution of the English lexicon,” OUP said in the press release announcing the project. “Evidence will be gathered from such diverse sources as novels, academic research papers, newspapers and magazines, song lyrics, recipes, social media and more.”

The dictionary is slated for release in 2025.