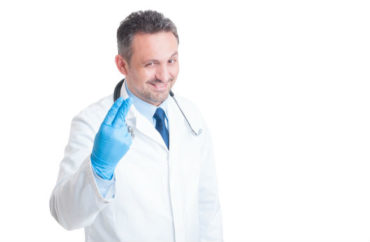 In late August, Brown University tried to hide its own professor’s research into “social and peer contagion” as a factor in “rapid-onset gender dysmorphia.”

Two weeks later, the American Academy of Pediatrics barged full-steam ahead with guidelines to quickly and irreversibly transition children who identify as the opposite sex, ignoring the likelihood that social factors are behind many of these demands from prepubescents.

On the eve of the AAP’s national conference in Orlando, a politically diverse group of more than 1,100 parents and “transgender-identifying youth” is asking the academy to consider all research on what leads to gender confusion, particularly in light of rapid changes in who identifies as the opposite sex, and when.

In its policy statement “Ensuring Comprehensive Care and Support for Transgender and Gender-Diverse Children and Adolescents,” AAP promotes “gender-affirming” healthcare for children. That can include “surgical intervention” and hormones that delay puberty to prevent the development of sex characteristics.

“Over the past decade, there has been an exponential rise of predominantly adolescent girls who are suddenly declaring themselves trans after the onset of puberty and who have no previous history of gender dysphoria,” the parents and trans youth wrote in a statement posted by National Review.

“Historically, GD showed at a much earlier age and has been exceedingly more common in boys,” the statement continues:

There is great harm being done to girls and some boys by medicalizing their gender non-conforming (GNC) behavior based on gender stereotypes, homosexuality, and/or underlying mental health issues that have led to trans-identification. The medicalization with gonadotropin releasing hormone (GnRH) agonists is highly experimental and comes with serious long-term consequences for bone health, potentially for neurological health, and as sterilizes the child when followed by cross-sex hormones. The harms of sex-aligned hormones (e.g., testosterone given to natal males) are well-known, include significant cardiovascular disease, and are increasingly exposed in lawsuits for non-transgender adults. Astonishingly, cross-sex hormones are given to the opposite sex in trans-identifying adolescents who are expected to be treated for their full lives and have permanent effects. The harms of surgeries are self-evident and irreversible, which is problematic for youth who change their minds.

The justification for non-FDA–approved medicines and surgeries is that the youth will commit suicide if these drastic measures aren’t taken (although this is not acknowledged in the AAP’s statement). There is no clinical data that supports that medical transition prevents suicide.

Survey your own members – anonymously

The parents and trans youth share some inconvenient research, including from the academy’s purported ally at UCLA’s Williams Institute, which studies sexual orientation and gender identity law and policy.

It found no statistically significant difference in “rates of lifetime suicide thoughts and attempts” between “highly” gender-nonconforming or androgynous teens, and those teens who are not either.

The group of 1,100 asked the AAP to anonymously survey its own members – not just those “who authored this statement” – to learn their thoughts about the academy’s policy in support of rushed transitions for children.

If its members are identified as opposing the statement, they may be “targeted for non-compliance with the forces of transactivism,” the group said, noting the campaign to take down a gender-dysphoria specialist who advocates a slower approach to treating gender-confused children.

Kenneth Zucker recently won a $586,000 settlement from the gender-identity clinic he ran after it defamed him and pushed him out.

The group of 1,100 issued a new statement calling attention to the AAP conference and particularly the talk by a leading advocate of rushed transition, Boston Children’s Hospital endocrinologist Norman Spack, according to National Review:

“Our own children have become obsessed with the notion that they need powerful puberty blockers and hormones and bodily surgeries to transition to the opposite sex,” wrote the anonymous group of over 1,100 parents in a press release opposing the treatments. “The American Academy of Pediatrics fully supports this. We do not.” …

“Many parents and caregivers have been coerced into thinking these treatments are necessary,” the parents wrote, before warning that the rights of parents to choose what medical treatment they want for their children are being eroded. …

“What Dr. Spack discounts is that when puberty blockers cause sterility, a child will never actually become fertile because puberty is not delayed but halted altogether,” the parents said. “The true victims in all of this are America’s children.”

Read their earlier statement and new statement in National Review.