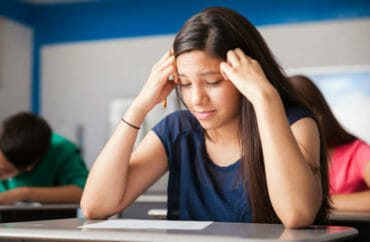 I recently attended my daughter’s back to school night. She’s in fifth grade at a public school in California and that means she and her peers will get the human development lesson from school officials in the spring, parents were informed.

After the information session, a contingent of concerned parents cornered the teacher with a barrage of questions about the human development curriculum: Could they see the lesson before hand? Could they sit in on the lesson? Does it include information about sexual intercourse? What if students ask this question, or make that comment, how is it handled? Is it age appropriate? And on and on the questions went.

The teacher answered the questions with professionalism, assuring the concerned parents that it’s very g-rated and sticks to the human development script, nothing more.

But something nagged at me about the scene I observed in the classroom that night. I felt pleased to see so many concerned parents asking the tough questions about the curriculum, but I was also saddened that it’s often the only subject so many parents seem to care about.

From elementary school to high school and on to college, many parents often send their kids off to learn from educators, never giving it a second thought or questioning what their kids learn in science or history, what they read in English, what they discuss in social studies and government.

My son graduated high school last year and is now a Marine, but when he was in high school I asked the tough questions about his curriculum, and boy did I learn a lot that troubled me.

Over the years I spent a great deal of time giving him the other side of the debate. I armed him with facts, logic, data and information he was never going to hear from his left-leaning teachers so he would not fall for their liberal indoctrination. But part of that journey included asking what he was learning, then offering another take.

I admire the parents who encircled our fifth graders’ teacher the other night to ask about the human development curriculum, but my advice to them is: Don’t stop there!

I don’t send my daughter to public school to learn about Jesus. My point is that public school teachers — K-12 and higher education alike — cannot be relied on to give students a thorough, balanced and unbiased approach to all subjects.

So while human development is important, and it’s great parents are asking a lot of questions and showing interest, they should be concerned about the entire curriculum.

MORE: Why colleges are out of control