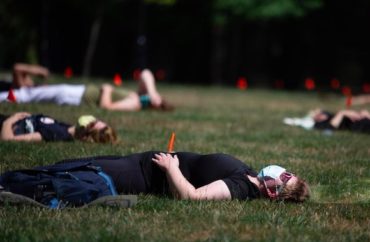 According to the Daily Collegian, on July 20 members of the Coalition of Graduate Employees at Penn State laid down on the campus Old Main Lawn for 13 minutes — which supposedly signifies “the over 130,000 coronavirus deaths that ha[ve] occurred nationwide.”

Coalition members claim PSU officials have “not considered the full ramifications” of its COVID-19 reopening plan, which could, according to die-in organizer Maggie Hernandez, “ultimately result in the death of individuals in the Centre County region.”

Hernandez added the university “should value lives over profit.”

The DC notes the Coalition also issued several demands to university officials, including moving classes “completely” online, “ensuring everyone has access to remote learning,” and informing the campus community about “how many people [they’re] willing to let die and let get infected” (as Hernandez put it). 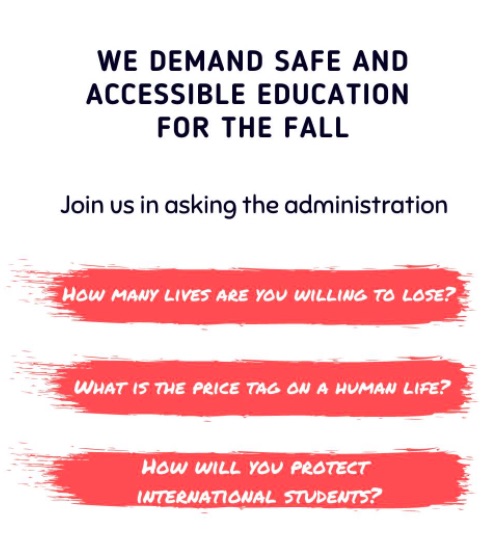 Hernandez said there is a “lot of conflict” within the statements released by the university, specifically the notion that Penn State is within the Pennsylvania Department of Health’s outlined requirements for reopening. She explained that some local medical professionals have even joined the protest since they’re currently overwhelmed by a lack of resources. …

Katie Warczak, another coalition organizer, said she was motivated to attend the protest after discovering a high school classmate had died from coronavirus complications. Warczak (graduate-English and African American studies) said she doesn’t want to see her students or friends suffer the same fate.

Hernandez said the university should make a decision regarding whether classes will move online sooner rather than later to give students adequate time to prepare. She said Penn State is “robbing [graduate students] of the time” to plan for remote learning and the accommodations it requires.

According to the Coalition’s Facebook event page, die-in attendees were “encouraged” to wear “all black or funeral attire” and to bring a protest sign.